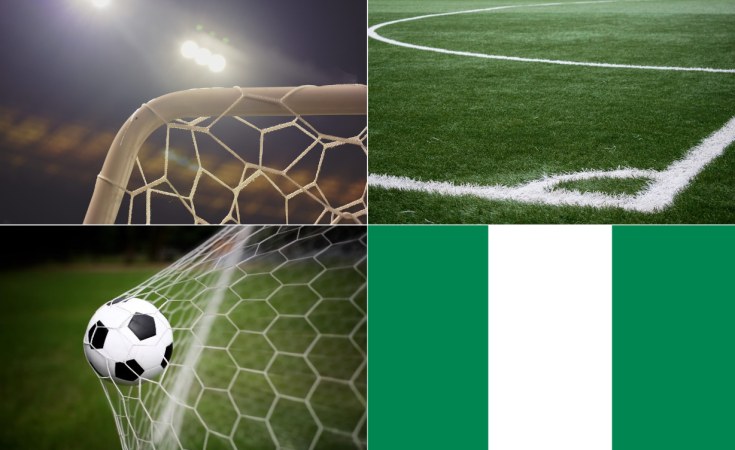 allafrica.com
Nigeria is setting the soccer world alight in Europe
This Day (Lagos)

As a result of coronavirus related issues and shoulder injury, Victor Osimhen did not have the dream start he had hoped for when he moved to Napoli for a Serie A record transfer fee. However, the Nigerian seems to have finally settled and he's fast becoming a menace to defenders in the Italian and Europa Leagues as Leicester City, Udineze and his last victim-Sampdoria can testify. Little wonder the main discussion in Italian football circles now is on how to stop the 'moving train'

Fans at the King Power Stadium had a dose of Victor Osimhen's pace and power during the much talked about Europa League group game between Leicester City and Napoli as he helped the serie A side to come from 2-0 down to draw level with two late goals.

It therefore came as no surprise that Leicester City coach, Brendan Rodgers heaped praises on the Super Eagles striker after the heroics he put up against the Foxes in the Europa League.

Speaking after the game, Leicester's manager Rodgers talked about the quality of the former Nigerian U-17 star.

"We had some players getting their first 90 minutes of the season as well, and then obviously, their big striker (Victor Osimhen), who's £70-odd-million, so you can see his quality, and he gets his two goals," Rodgers told LCFC TV.

Osimhen indeed built on his performance against Leicester City as he opened his Serie A account when he scored Napoli's opener against Udinese last Monday night.

AC Milan great and seven-time Serie A champion Alessandro Costacurta has confessed that Napoli has an almost unstoppable force of nature in Osimhen.

Costacurta made this assertion while analysing Napoli's comprehensive 4-0 thrashing of Udinese at the Dacia Arena.

A fantastic defender in his prime, Costacurta watched Udinese's centre-back trio of Rodrigo Becao, Bram Nuytinck, and Samir struggle to deal with the pace and power of Osimhen all night.

However, five-time Champions League winner Costacurta has offered tips to defenders on how they can stop the former Lille man from embarrassing them.

"How is Osimhen rated? He has great potential in the open field," Costacurta said.

"Trying to anticipate him is a danger because then you risk never catching him again. The only thing is to try to wait for him."

Zola, who was a brilliant striker for Chelsea in the late 90s and early 2000, believes that the former U-17 star could reach Lukaku's tall heights.

Lukaku is known for his outstanding goal-scoring ability and he is also gifted with great power which he successfully uses to wreak havoc in defences.

Lukaku's ability to take on defenders confidently and perform outstanding hold-up plays are also key ingredients in his game.

The same could be said of Napoli star Osimhen. The former U-17 highest goalscorer showed glimpses of his ability whilst at Lille, and that was what prompted the Parthenopeans to pay top dollar to secure his signature.

Although his first season was derailed by a shoulder injury and Coronavirus, Osimhen still managed to score 10 goals in 24 league games.

He has continued in the same vein this season, although he got off to a disappointing start with a red card in the opening league game of the season against Venezia.

Zola believes the Nigerian has enough talent at his disposal to become a world-beater like Chelsea's Lukaku.

"When he arrived in Italy two years ago, I didn't know him well and I researched him," Zola told Gazzetta Dello Sport as per Sempreinter

"I discovered a player very good in his movement. With his athletic strength, he can be devastating. He is Lukaku's heir. He is young and has enormous room for improvement."

Haaland has been scoring goals for fun since his move to Dortmund in January 2020 and has picked up where he left off last season, with a goal involvement of 15 (11 goals, 4 assists) in only eight matches.

Giordano feels that Osimhen has been conducting himself properly off the pitch and the Super Eagles striker should view Haaland's remarkable exploits as a benchmark.

The Nigerian international has been in red hot form since the start of September, scoring four goals in five appearances for club and country and his latest contribution was when he opened the scoring in a 4-0 rout of Udinese.

"Victor Osimhen is still very young and has every chance to leave an important mark not only in Naples, but in the whole of Italian football," Giordano told Canale 21 via Area Napoli.

"An example to follow could be Haaland, a footballer who is scoring many goals both in Germany and in Europe with the shirt of Borussia Dortmund.

"The Nigerian could retrace his path and drag the Napoli of mister Luciano Spalletti to important successes."

The Super Eagles star was at it again as he scored in each half as the Parthenopeans crushed Sampdoria 4-0 on Thursday and Osimhen has vowed to keep working hard after Thursday's Serie A encounter.

Buoyed by his notable performance against Udinese on Monday - where he was among the goal scorers - the Nigeria international got a double as the Parthenopeans punished Roberto D'Aversa's men.

Speaking to Napoli website after full time, the former Lille star is pleased with his current form, while stating that he is not willing to slow down.

"I'm really happy," said Osimhen. "It was important for me to start the season well and I want to thank the coach for his confidence in me. I'm honoured to play for this club.

"Last year I had Covid and then got a bad injury. I'm in good shape this season.

"I'm training consistently and I'm listening to the advice the coach gives me and the help I get from the team.

Meanwhile, manager Spalletti has showered encomium on the African star who put in an awe-inspiring display at the Stadio Luigi Ferraris.

"Victor is doing well and working hard for every ball," he said.

"We did well to stand firm during the tough moments and then kick on when we had the ball.

"We got the game where we wanted it, partly through individual plays, and we took our chances well."

He is expected to lead Napoli's frontline when they welcome Cagliari to Stadio Diego Armando Maradona on Sunday.

Napoli coughed out a fee of 70 million euros to sign Osimhen in the summer of 2020.