Mali to Open War College to Train Its Own Army Officers, With French Help 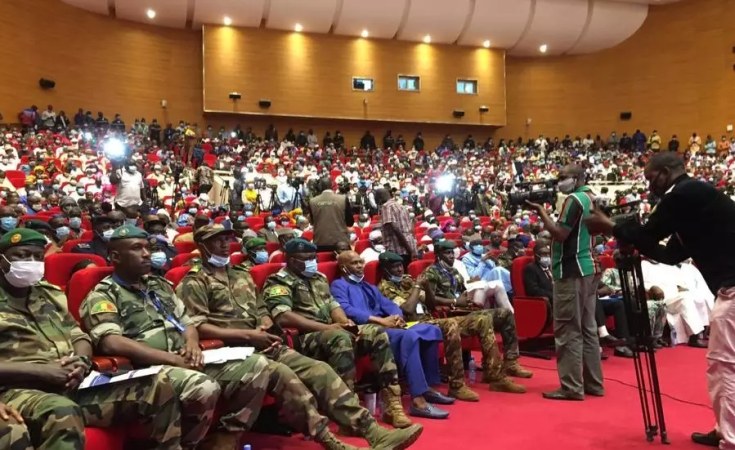 Mali's transitional government has approved the setting up of a War College designed to strengthen national security and train its future army officers. It comes just days after France expressed concern over plans by Malian authorities to hire Russian mercenaries.

Mali authorities passed a bill on Thursday to set up the Mali War College (EGM) to "reinforce autonomy" in the training of army officers.

Interim president Assimi Goïta said the school would "provide high-level training to senior officers of the defence and security forces". This includes army, police and gendarmie, but also some civilian executives.

It will also be a place for "research and analysis on security strategies" alongside the academic world.

Addressing the nation on Wednesday Goita said this was "indispensable in order to face up to the challenges linked to planning and carrying out operations".

The officers who graduate from this programme are set to take up high-level positions with the Malian army but also as part of international operations such as UN peacekeeping missions.

Goïta said the school would "open shortly" but gave no precise date or place. The cost of the future war school is estimated at more than 2.5 billion CFA francs (around 3.8 million euros).

Talk of setting up a war college goes back several years, but Mali's transitional council (CNT) has made it a priority to increase autonomy and cohesion.

Senior army officers are currently trained abroad; several leaders of the current junta, including Goïta, have been trained in Russia.

The recent controversy over the possible outsourcing of Mali's security to some 1,000 Russian mercenaries with the Wagner group has not died down. Florence Parly, minister of the French Armed Forces recently warned Mali against the idea.

A French company, made up of former soldiers, is to be in charge of training at the future military academy.

This has raised eyebrows on social media. A teacher in Mali denounced his country's "incompetence".

"With all these officers trained in military academies around the world, we're incapable of finding our own "brains" to do the training in our future war college," he tweeted.