Ethiopia: Minister Calls for Peace Amid Fears of Tigray Reinvasion 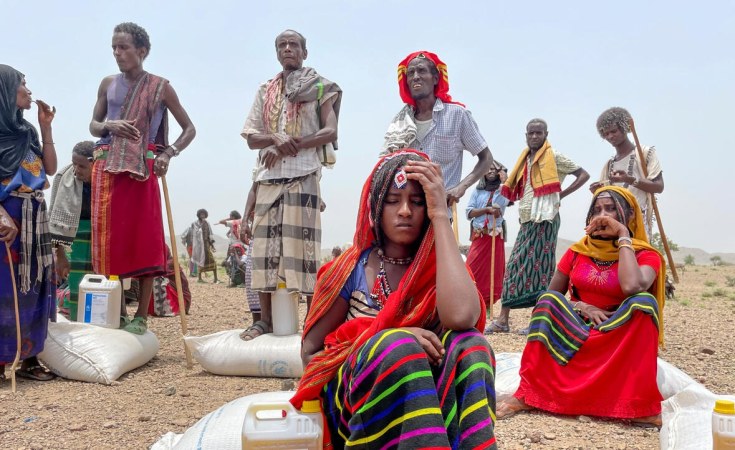 Ethiopia's finance minister Eyob Tekalign has called for an end to the ongoing conflict in the northern part.

In a statement released on Thursday, Tekalign said that collective effort must be made to resolve the nearly year long Tigray conflict, which has spread to the neighboring Amhara and Afar regions.

"As we work hard to win peace in Ethiopia and move forward on our prosperity path, let there be a collective resolve that there should no longer be war in Ethiopia," Eyob said, adding that "guns should be silenced for good."

Mr Eyob is the first sitting Ethiopian minister to call for peace since Tigray conflict broke out in November last year.

The finance minister's call for peace comes at a time when Ethiopia is registering economic distress, largely caused by the ongoing conflict.

Besides, the Africa's second most populous nation has been ravaged by and is yet to recover from the effects of Covid-19 pandemic.

Last July, Addis Ababa admitted that it had lost some $2.3 billion in infrastructure damage in Tigray, where Ethiopian forces had been pursuing the Tigray People's Liberation Front (TPLF), once the ruling party but now considered a terrorist group.

During the last two months, Ethiopia has reportedly spent hundreds of millions of dollars to purchase weapons from Turkey, Iran and the UAE.

Ethiopia's Prime Minister Abiy Ahmed on Monday issued a short and vague statement on his Twitter account, even as TPLF forces continue to push deeper into the Amhara and Afar regions.

"The National Security Council has undertaken an evaluation of peace and security issues throughout the country and set direction for subsequent tasks to carry out," Abiy said.

In the wake of Abiy's Twitter statement, many analysts have suggested to Nation.africa that it would mean a declaration of a new phase of war or Tigray reinvasion.

Others speculated that Abiy's statement could mean the ENDF and allied forces will launch a new massive offensive against Tigray forces to push them out of the neighboring Amhara and Afar regions.

"The equivocal nature of the premier's tweet may be intentional, beyond withholding classified information, and directed to both domestic and foreign audiences," Metta-Alem Sinishaw, a political analyst on Ethiopia and the horn of Africa's region told Nation.africa.

"By omitting the details of the findings, he avoided a possible inference on subsequent measures. The tweet conveys his reluctance to negotiate with TPLF to the international community" Metta-Alem Sinishaw added.

Metta-Alem also said that the tweet's obscurity shows that armed response to Getachew Reda's call to topple Abiy's government on an Egyptian television is inevitable.

"Abiy's tweet, coupled up with the massive enlistment and armament acquisition, makes the launching of new military offensive likely to happen," added Metta-Alem.

There is growing fear that extending the status quo will render Abiy's government more dysfunctional.

"Cautious of public opinion and the unfolding humanitarian crisis, the administration seems to be targeting TPLF's leadership and aspiring to move onto a more serious foreign threat shielding behind TPLF and Sudan," said Metta-Alem.

"However, despite precarious conditions, TPLF remains adamant that only negotiations will resolve the impasse, a view largely promoted by the international community that is causing unprecedented anti-Western sentiment among the Ethiopian public," he added.

The statement by Eyob Tekalign was seen as a positive development, although no statement has come from Abiy's government backing or rejecting the same.

The minister's call for peace also shows that the Ethiopian government is taking precautionary measures to avoid further sanctions by the US that could impact negatively on Ethiopia's economy.

President Biden's new executive order comes at a time when reports on large scale atrocities continue to emerge from the troubled Tigray region.

The sanctions will target the Ethiopian government, the Eritrean government, the Amhara regional administration and members of the TPLF, who are responsible for exacerbating the conflict, obstructing the provision of humanitarian aid or ceasefire, and committing serious human rights abuses.

Biden's administration did not immediately impose sanctions under the new order, but "is prepared to take aggressive action" unless the parties, including the Ethiopian government, the Eritrean government, the Tigray People's Liberation Front, and the Amhara Regional Government, take "meaningful steps to enter into talks for a negotiated ceasefire and allow for unhindered humanitarian access," a senior administration official told reporters.

According to US officials, the administration would impose the sanctions within "weeks, not months," should warring parties fail to bring positive developments to end the conflict.

However, Biden's administration said that it might delay or lift the potential sanctions if the parties involved in the conflict take immediate actions to end it, which claimed the lives of tens of thousands and displaced millions.