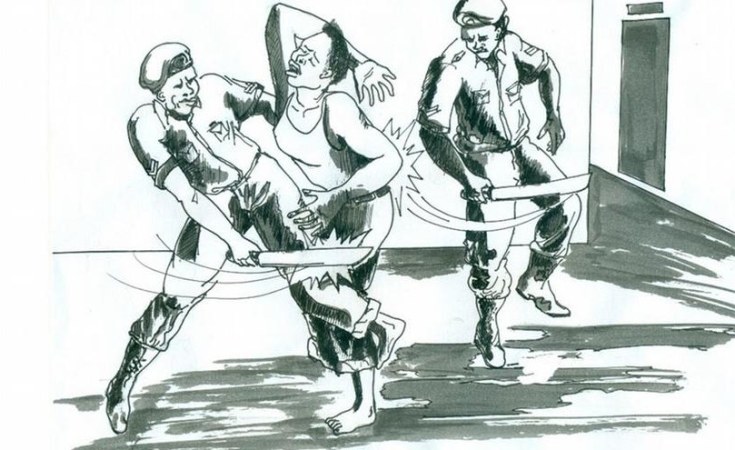 The Nigerian Army (NA) said it has taken cognisance of a viral video clip on the social media, where a female officer was seen dehumanising a member of the National Youth Service Corps (NYSC) in Calabar, Cross River State.

The Army said, the act, was not only condemnable, but unprofessional and against established precepts of discipline in the Nigeria Army.

In a statement issued by the director of Army public relations, Brigadier General Onyema Nwachukwu, the NA said it remained undoubtedly the pride of the nation, a symbol of national unity that has consistently being in the vanguard of respect for the fundamental human rights of the citizenry.

"It is against this premise that the NA condemns this unimaginable level of infraction by a personnel in its ranks. The NA therefore, condemns in strong terms, this act of gross misconduct. Undoubtedly, the officer's actions has caused the NA monumental embarrassment and is highly regrettable.

"This unfortunate act of indiscipline does not in anyway represent the NA and will not be condoned in its entirety.

"For the records, the ugly incident happened in 13 Brigade, Calabar. The Brigade Commander immediately instituted an investigation and the officer involved has been identified and sanctioned on the interim and would be made to undergo regimental orders (trial) in line with the extant provisions of the Armed Forces Act.

"The submission that the Brigade attempted covering up was, therefore, misleading, as the NA remains a professional force that has zero tolerance for indiscipline amongst its personnel.

"The NA wishes to reiterate and assure the general public that such infractions would not be tolerated from its personnel," Nwachukwu stated.

Meanwhile, corps members have been advised to avoid induced rejection, and rather accept their posting in good faith and settle down to contribute their quota to the development of their host communities.

NYSC Director-General, Brigadier General Shuaibu lbrahim, stated this on Friday while de-briefing the 2021 Batch 'B' Stream 2 Corps Members and camp officials through a nationwide virtual address.

He said any Corps Member caught inducing posting or redeployment would be sanctioned in line with NYSC bye-laws.

He also disclosed that there is nothing like two-week break after leaving the orientation camp, but added that if there is a compelling need for any Corps Member to travel, the concerned must obtain permission from the NYSC through the established channel.

Ibrahim said no Corps employer is authorised to grant permission to any Corps Member to travel.

"Once you get to your place of primary assignment tomorrow, don't put pressure on your employers for rejection.

"Don't lobby anyone that you want to change your posting or relocation. If they write to us that you induced or forced them to reject you, you will be punished.

As patriotic Corps Members, it is expected that you accept posting to anywhere you have been posted to" and add value to the community," the NYSC DG added.