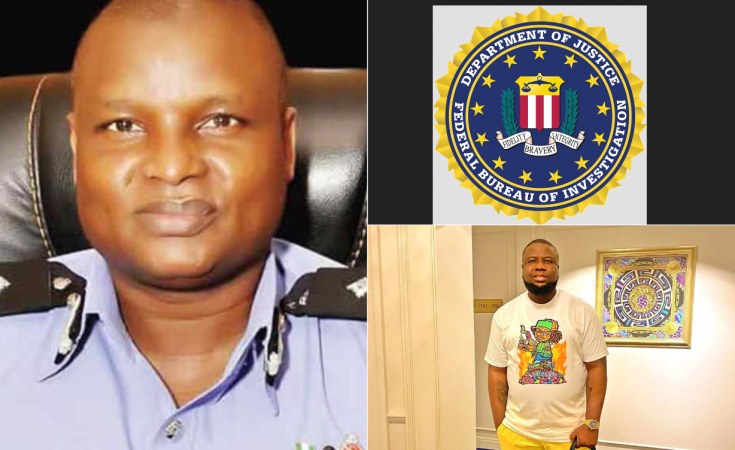 U.S. prosecutors say they are processing some of the documents obtained from foreign law enforcement agencies.

The United States government has gathered over 2,700 electronic files as part of evidence for trial in the $1.1million fraud case involving a top Nigerian police officer, Abba Kyari, a court filing has shown.

Other sets of investigative reports and "new discoveries" including documents obtained from foreign law enforcement agencies with over 6,700 pages are being processed by prosecutors, the document also says.

U.S. prosecutors along with three of the six indicted defendants in the fraud case have asked the U.S. District Court for Central California to postpone trial from October 2021 to 17 May, 2022.

PREMIUM TIMES reported that the parties jointly filed the application on Friday, citing various reasons for asking for trial postponement.

Apart from the need for additional time by the defence lawyers to prepare for the case, U.S. prosecutors also asked for more time to process troves of documents, including those obtained from foreign countries.

According to the application, the U.S. government has already handed to the defence approximately 2.31 GB of data consisting of 2,707 electronic files.

It added that prosecutors were processing approximately 6,773 pages of additional discovery expected to be produced in two weeks' time.

"The government has produced discovery to the defense, including approximately 2.31 GB of native data consisting of 2,707 files including exported chat logs, Cellebrite reports, WhatApp messages, audio recordings, and other social media content.

"The government is currently processing approximately 6,773 pages of additional discovery including investigative reports and documents received from foreign law enforcement agencies for production and anticipates those materials will be produced within approximately two weeks," the document reads, in part.

Three ready for trial in May, Abba Kyari, two others 'at large'

Three of the defendants - Rukayat Fashola (aka Morayo), Bolatito Agbabiaka (aka Bolamide), and Yusuf Anifowoshe (aka AJ and Alvin Johnson) - arrested in the United States and subsequently released on bail signed the application for their trial to be postponed to May 2022 along with their separate lawyers and U.S. prosecutors.

The U.S. Acting Attorney for the Central District of California and U.S. Assistant Attorney, Khaldoun Shobaki, signed the application on behalf of the U.S. government.

But the rest of the three accused believed to be outside the U.S. - Mr Kyari, Abdulrahman Juma, and Kelly Chibuzo Vincent - "remain at large," prosecutors say.

All six defendants, including Mr Kyari, indicted in the case were co-conspirators in the $1.1million fraud coordinated by a former Nigerian Instagram celebrity, Abbas Ramon, better known as Hushpuppi, the Federal Bureau of Investigations (FBI) said in court documents released in July.

A Qatari businessperson was said to be the victim of the heist spearheaded by Hushpuppi between November 2019 and April 2020.

Hushpuppi, known for flaunting his wealth on his Instagram page, has pleaded guilty to various fraud activities including the $1.1million scheme in another case before the U.S. district court in Central California. He is now awaiting sentencing.

Mr Kyari, a deputy commissioner of police, allegedly played a role in the $1.1million scam by helping Hushpuppi to detain a disenchanted co-conspirator who wanted to warn the victim businessperson about the scam.

The former head of Intelligence Response Team of the Nigerian police, with pending U.S. extradition request against him, was suspended in the wake of the revelation of the charges against him and five others.

The report of a probe into the case commissioned by the Inspector-General of Police has been submitted, but its findings and recommendations have yet to be made public officially.

With the delay, speculations are rife that efforts are being made to cover up for Mr Kyari in a bid to avert his extradition to the U.S.

Trial may be separated

The application filed at the U.S. District Court of Central California stated that parties had estimated that six days would be required to conclude the three defendants' trial.

Indicating that the trial of the available defendants may be separated from those of Mr Kyari and others still at large, the application states, "all defendants are joined for trial and a severance has not been granted."

With no objection to the application from any of the parties, the judge, Otis Wright, is expected to grant the request to fix 17 May, 2022 for commencement of trial any time soon.