Nigeria: All Governors Have Resolved to Dump Open Grazing - Fayemi 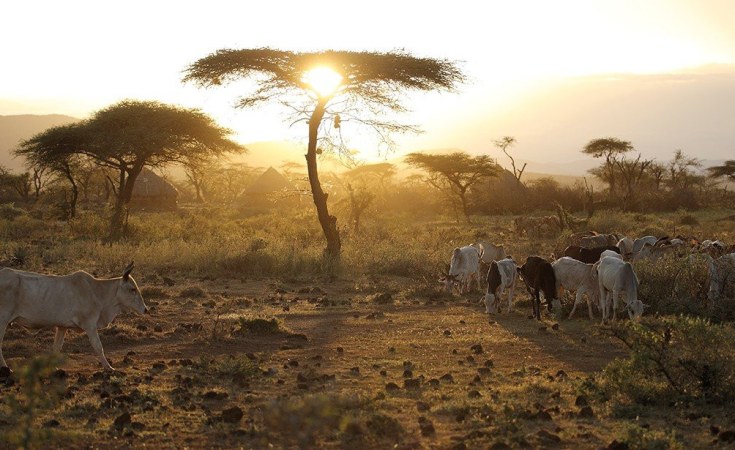 The Chairman of Nigeria Governors' Forum (NGF) and Governor of Ekiti State, Dr. Kayode Fayemi yesterday disclosed that all governors in the country have in principle agreed that open grazing was outdated and there was need to embrace modern livestock management approaches.

He said while speaking on 'THISDAYLIVE' a programme monitored on Arise News Channel.

His remark was in the light of the feud generated by the comments of Governors of Ondo State, Rotimi Akeredolu and his Kaduna counterpart, Malam Nasir El- Rufai, following the anti-open grazing laws being adopted in most southern states.

Fayemi said the governors have also subscribed to the national livestock transformation plan via the National Economic Council decision that was taken during a meeting chaired by the Vice President, Prof Yemi Osinbajo.

"Any time there is an altercation between any of my colleagues, it is something that I feel wholly uncomfortable about because it takes us away from the substance, in this case on open grazing.

"I can tell you that we have taken a position as the NGF and both sides of the divide are correct. On the one hand, we have all agreed at the level of the NGF that open grazing is outdated and we need to look for alternative modern livestock management approaches," Fayemi said.

He averred that there was need to balance the position of the southern governors on anti-open grazing legislation with that of the Northern Governors' Forum by giving support to all states that have subscribed to the National Livestock Transformation Plan through funding from federal government agencies like NARSAL in same way the Central Bank of Nigeria provided support to rice farmers through funding.

"And that this could take the form of support to those who want to engage in ranching in the north and in the south. And that is why I said both sides are correct in the sense that Nasir El- Rufai of Kaduna State is talking about ranching as alternative way of stopping unrestrained open grazing and catering to the need of those who embark on open grazing approaches. And the southern governors are opposed to that.

"All they are saying is pending the time you are able to do that, there should also be a disincentive by way of law in ensuring those who take advantage of the activities of herders, particularly non-violent herders and those who resort to violent crimes, need to be punished.

"But in addressing criminality, we must also address causes of criminality, which I guess is what el-Rufai is talking about," Fayemi said.

Commenting on the Petroleum Industry Act (PIA), Fayemi said it would be wrong to assume that the proposed amendments ignored the concerns of the states.

He some of the observations which they sent to the President have been forwarded to the implementation committee chaired by the Minister of State for Petroleum, Timipre Sylva while discussion is already on-going.

Fayemi noted that some of the issues they raised related to ownership structure. According to him, the governors were of the opinion that the Ministry of Finance incorporated and the Ministry of Petroleum Resources should be the sole owner of the company that emerged out of the PIA.

"We have suggested that the only body that belongs to both the federal, state and the local governments is the Nigerian Sovereign Investment Authority (NSIA) in which we are shareholders.

"And if it is held in trust by the NSIA, then we are all more comfortable in seeing that Act as a federation company rather than a federal government company. And that is one.

"The second concern we have expressed relates to the depletion of the federal government account by the various percentages that have been earmarked for frontier states and host communities of the petroleum products. "And without prejudices to what the host communities deserve, we don't have any problem with the host communities benefiting from this, which as a matter of fact we feel should be five per cent.

"We think that this necessarily should not lead to a depletion of the federation account or whatever is due to the fed account as a result of this," he added.

He said the third concern which the governors had consistently raised and which they hope the signing of the PIA would help them address was petroleum subsidy and its continued use to deplete the Federation account.