Africa: It's Climate Week for Africa 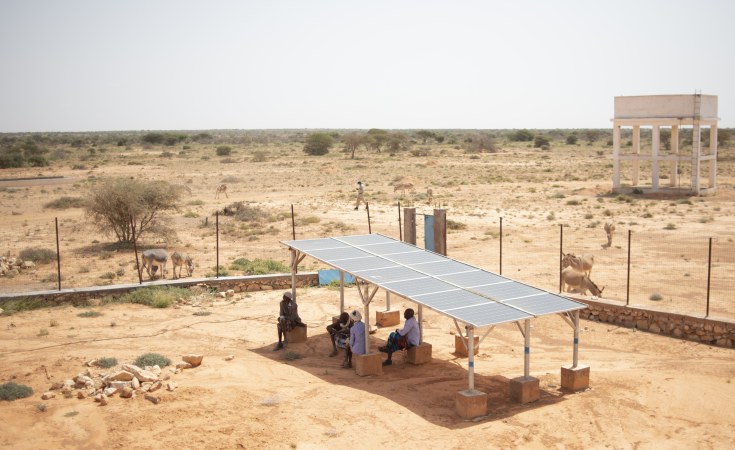 People across Africa are convening virtually this week to take the pulse of climate action, explore possibilities for action and showcase ambitious solutions. They will spotlight all that can be done in the region to slow rising temperatures and adapt to climate consequences that are already in motion. Leading up to pivotal global climate talks at COP26 in Glasgow, attention and action are more critical than ever.

Africa has contributed little to a changing climate, generating only a small fraction of global emissions. But it may be the most vulnerable region in the world given high levels of poverty. Without sufficient money, goods and services, it will become increasingly difficult for people who are poor to adapt to climate shifts that pressure food supplies and livelihoods.

Check here for a snapshot of current and future climate trends in the region and their impacts, including on the economy. Get a quick overview in words and pictures of how Africa is rising to the challenge. Learn about the continent’s efforts to scale up the African Adaptation Initiative.

To participate in climate week, check here for more information and a link to register.

Want to explore more? Click through some suggested links on this page.

People all over the region are applying their ingenuity to climate problems – and coming up with solutions. They show what’s possible, affordable and desirable to keep climate action on track in line with the Paris Agreement. In many cases, climate action produces a ripple effect with many other benefits, like more jobs, higher incomes, increased access to energy and gender equality.

Farmers in Sierra Leone are fighting fires with rice paddies, abandoning slash and burn cultivation to cultivate rice in swamps. That reduces pollution and emissions from fires (good for the planet) and boosts production (good for the farmers).

In the Sahel, where deserts are advancing fast under hotter temperatures, 10 African countries are planting a Great Green Wall of trees, aiming to restore 100 million hectares of land by 2030. Critical to these big plans are small actions. So local farmers are doing their part by adapting planting techniques that restore land, raise its value and increases yields.

In Darfur, Sudan, better water management has improved the livelihoods of over 100,000 people. A process of collectively managing resources helps mitigate conflicts and overcome the challenges of increasingly unpredictable rainfall. Efforts are underway in Niger to help farmers, mostly women, shift from reliance on increasingly scarce rain by using small-scale irrigation systems.

Solar-powered water systems in Somalia provide year-round water supplies to camel herders dependent on increasingly dry rangelands. This is just one of many efforts under a national drive to adapt to climate change that has included early warning systems and the use of mobile apps to send information to communities so they can protect themselves.

Forest protection in Ghana enhances people’s lives while slowing climate change. Women are learning to restore and monitor the health of forests to sustain livelihoods from “women’s gold” – otherwise known as the butter harvested from shea trees.

In South Africa, running the numbers on restoring a major river basin through a system of ecosystem accounting found the benefits would far outweigh the costs, making a persuasive case for action. The basin would be able to store more carbon, provide more wild foods and medicines, create more productive rangelands for livestock farming and bolster water supplies.

Africa’s largest city, Kinshasa, in the Democratic Republic of the Congo, is making climate resilience a top priority through improved household water connections, reduced risks of flooding and the creation of green urban spaces, with benefits for 2 million people.

Urbanization and economic growth have driven a sharp rise in modern modes of transportation across Africa, with energy for transport expected to sky-rocket by two-thirds by 2040. Fortunately, a shift to electric mobility is gaining ground through electric vehicles and rapid transport systems. It’s a chance for Africa to leapfrog past a heavy reliance on fossil fuels to get around.

Mauritius has embarked on an energy transition as central to a green recovery from the pandemic and its global economic impacts. Expected benefits: more jobs, less poverty and greater energy security for a country heavily reliant on imported fossil fuels.

Find out why women and girls must be at the heart of the quest for climate justice. Get a perspective from Wanjuhi Njoroge, climate activist and entrepreneur from Kenya, on what climate change has to do with gender.

Learn how some of the most vulnerable women in areas of Zambia ravaged by climate change are becoming empowered rural entrepreneurs and agents of change.

If your interest is a particular country, check historical and projected climate data by country on the World Bank’s Climate Change Knowledge Portal.

The Paris Agreement affirms global consensus on climate action. Keep an eye on what countries in the region are doing to get to net-zero emissions in line with the Paris goal of limiting temperature rise to no more than 1.5 degrees Celsius.

Check if your country has submitted an NDC or national climate action plan. The plans are required under the Paris Agreement and help keep actions to mitigate and adapt climate change on track. Rwanda was the first country in Africa to revise its initial NDC, with a bold goal to cut emissions by 38 per cent by 2030. It will pursue reductions across key sectors of its economy and has set up a system of indicators to track adaptation in water, agriculture, land and forestry, human settlements, health, transport and mining. Learn more about the “what and why” of the NDCs.

Billions Needed to Save Cities From Climate Disasters - Report

Climate Change Is Another Pandemic With Devastating Effects - Minister

Next Story
Tagged:
Copyright © 2021 United Nations. All rights reserved. Distributed by AllAfrica Global Media (allAfrica.com). To contact the copyright holder directly for corrections — or for permission to republish or make other authorized use of this material, click here.