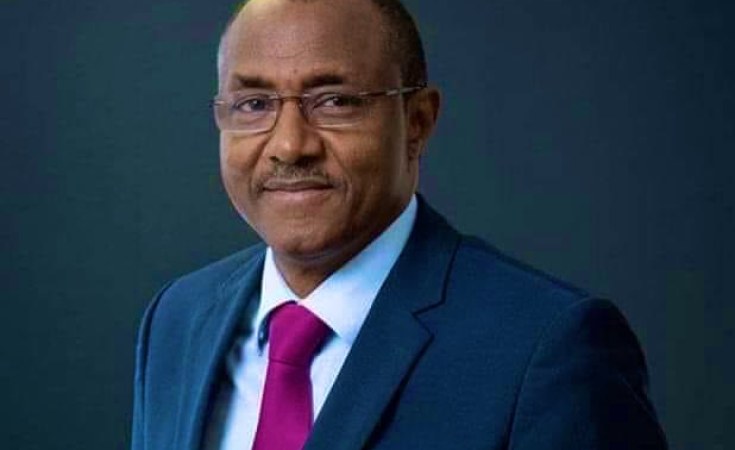 The President of the Republic, Nana Addo Dankwa Akufo-Addo, on Wednesday, 29th September 2021, received a three-member delegation from the Guinean military junta, the National Committee for Reconciliation and Development (CNRD), at Jubilee House, Accra.

The delegation, led by Colonel Sadiba Koulibaly, Second-in-Command of the CNRD, was at the seat of Ghana's presidency to update President Akufo-Addo, the Chairperson of the ECOWAS Authority, on the roadmap that has been put in place to ensure a smooth transition and return to democratic, constitutional rule in Guinea.

In his remarks, Colonel Sadiba Koulibaly told the President that ten (10) days of consultations with key stakeholders in Guinea had led to the drafting and adoption of a new Transition Charter, which reinforces the determination of the military leadership to return the country to civilian rule.

According to him, the Charter stressed, particularly, that members of the transition will be barred from standing for presidential and legislative elections, adding that a civilian Prime Minister would lead the Transition Government.

Col. Koulibaly also noted that the CNRD understands and accepts the decisions taken and sanctions placed on Guinea by the Authority. He, however, called on ECOWAS to consider the peculiar circumstances that led to the events of September 5, 2021.

Regarding the conduct of presidential and legislative elections, within the six (6) month time frame stipulated by ECOWAS for the return to democratic rule, the delegation pleaded with the Authority to reconsider its decision, as Guinea does not have the capacity to do so within the time frame indicated.

He explained that military leadership had taken the decision to conduct a country-wide census, restructure the electoral code, and establish a new electoral body in order to be able to conduct free and fair elections.

On his part, President Akufo-Addo re-emphasized ECOWAS's unreserved condemnation of the coup d'état, as it was in contravention with the ECOWAS Protocol on Democracy and Good Governance, which demands that political power be attained through the ballot and not the bullet.

Taking cognisance of the newly adopted Transition Charter, the ECOWAS Chairperson intimated that it was a step in the right direction, and was encouraged by the decision of the CNRD to update regularly the Authority of Heads of State of ECOWAS on the evolution of the transition process.

President Akufo-Addo remained unequivocal about the time frame for the holding of elections, maintaining that six (6) months is sufficient for such an exercise.

He assured the leadership in Guinea of the commitment of ECOWAS to help overhaul the electoral process, by providing technical support to Guinea.

President Akufo-Addo emphasized the need for the military leadership in Guinea to take heed of the decisions of the Authority, as the full weight of the international community is firmly behind any decision taken by ECOWAS.

On the vexed matter of the arrest of President Alpha Condé, the Chairperson of ECOWAS expressed worry about his continued detention, his physical safety, and his inability to express his fundamental human rights.

To this effect, President Akufo-Addo reiterated the demand of ECOWAS for the immediate and unconditional release of President Alpha Condé.

Coup Leader Mamady Doumbouya to Step Down After Transition

Next Story
Tagged:
Copyright © 2021 Ghana Presidency. All rights reserved. Distributed by AllAfrica Global Media (allAfrica.com). To contact the copyright holder directly for corrections — or for permission to republish or make other authorized use of this material, click here.