Guinea: Coup Leader Mamady Doumbouya to Step Down After Transition 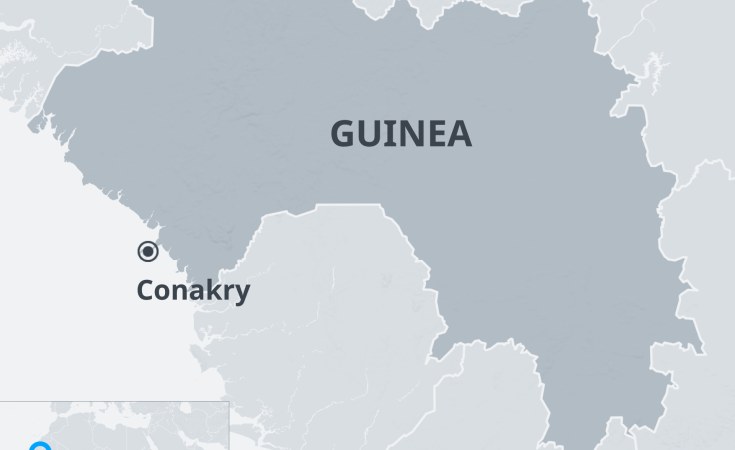 Newly sworn-in Guinean transition President and coup leader Col. Mamady Doumbouya has promised to stick to his government's terms of transition charter and step-down after elections.

"The CNRD reassures the national and international community that it will never cling to power. The members of the CNRD, the government and other organs of the transition will not contest the next elections," he said in a televised address to the nation.

The West African nation gained independence under the late President Sekou Toure, who ruled for 26 years - until his death in 1984. It was then ruled for 24 years by Lansana Conteh, who first came to power in a coup.

But after serving his two-term constitutional mandate, President Conde controversially changed the constitution and ran for a third term.

A little over halfway into the first year of his third term, a group of special forces soldiers led by Doumbouya seized power on September 5. The military accused the deposed president of maladministration and human rights violations, among others.

Guinea was sanctioned by both the African Union and the West African bloc, Ecowas, which has ordered the junta to organise elections within six months.

Media reports in Ghana and Guinea this week revealed that a CNRD delegation visited Accra for talks with Ecowas Chairperson and Ghanaian President Nana Akufo-Addo in an apparent attempt to get the bloc to relax its stance on the junta.

The delegation, which was headed by Colonel Sadiba Koulibaly, the junta second in command, also visited Abidjan prior to Accra, according to the reports.

Presidents Akufo-Addo and Alassane Ouattara were designated by the Ecowas leaders after their last summit in which they sanctioned Guinea to negotiate with the junta the terms of the bloc.

The CNRD delegation reportedly presented the roadmap of the junta to the two leaders.

The transition charter, which is the result of two weeks nationwide consultations, outlines the country's path to civilian rule. But it fails to give any timeline.

Col Doumbouya reassured the nation on Saturday that his administration will respect the terms of the document, noting that elections will take place gradually, starting from district level, to communes, to legislative and then the presidency.

He promised to appoint a civilian prime minister. This will be followed by the formation of the government as well as the various organs of the transition, as per the dictates of the charter.

"The elected President of the Republic will find all the democratic institutions installed. In this way, it will be able to respond to the challenges of Guinea's development and emergence," he said.

He thanked Guineans for their "massive support for the change that has taken place," singling out health workers for their role fighting Covid-19 and urging the populace to continue to respect health measures.

He also paid tribute to "pioneers" of the country's independence, as well as anti-Conde demonstrators who lost their lives "in defence of the interests of our dear homeland."

As part of the independence anniversary commemorations, he visited sites of fallen independence heroes, including the grave of Sekou Toure, where he laid a wreath.