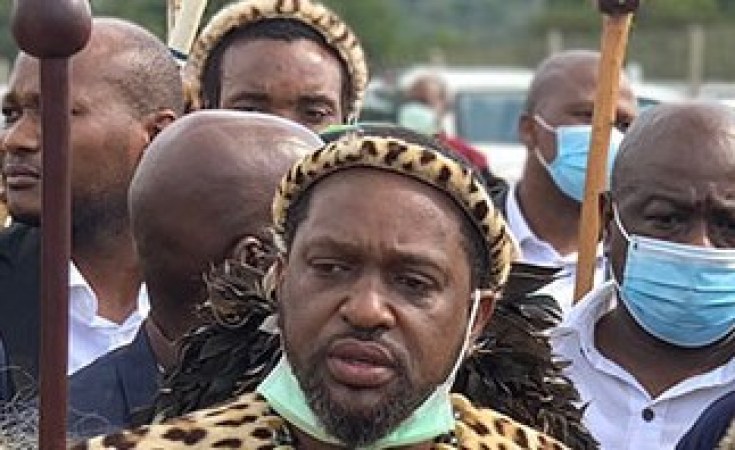 Zulu King Misizulu KaZwelithini is facing allegations of siring two children from incestuous relationships in what could spoil the reputation of his royal house.

In damning allegations that emerged on Saturday, the King is said to have sired two children with one of his late mother's domestic helpers and who was a relative.

All these claims are contained in a report published by one of South Africa's biggest Sunday papers, City Press.

While quoting a source, the newspaper wrote that King Misizulu was also a "drunk" and a "party animal." A spokesperson for the royal house of the Zulu nation neither confirmed nor denied the claims when reached for comment.

Dating or even marrying a cousin is not illegal under South African law, but it is a customary taboo among many ethnic communities including the Zulu who also consider it immoral.

The allegations, however and curiously, come at a time when a faction of the royal house is objecting to his ascendancy to the throne.

King Misizulu rose to be head of the Zulu monarchy following the death of his father Goodwill Zwelithini, who died in March 2021.

But he has been portrayed as unfit for the throne as City Press quotes a source saying "Misuzulu has been sexually involved with two of his close cousins, who bore him two children - and this isn't a secret."

The source went on to say "We really can't have someone like this at the forefront, upholding the morals of our Zulu nation."

But some of the allegations have been dismissed as coming from his detractors who are opposed to his kingship.

His assistant, Prince Thulani Zulu could not deny nor directly confirm the claims against the king.

"People mustn't tell us about what happened long ago. We can't bring someone's past up because then we won't go anywhere ... We expected all this noise, but it isn't helping us," Prince Thulani said.

"Who judges those people's own characters and how can they point fingers when no one's looking at their own backgrounds?"

Other allegations are that King Misizulu recently attended a Heritage Day celebrations but was incapacitated to deliver the keynote speech because "he had had too much to drink," as per City Press.

Prince Thulani is said to have taken to the podium to read the speech on behalf of the king who was said to be ill.

"I'm shocked that, just like Inkosi Chiliza, King Misuzulu also has an illness. He isn't supposed to be present because he's now under doctors' orders," Prince Thulani was quoted as saying.

"We asked him to attend because the people have come to see their king. Even if he doesn't speak, people will see him."

But the previous night, the king is reported to have been spotted partying at the Beverly Hills Hotel on the Umhlanga Rocks beachfront.

He is said to have been in the company of former President Jacob Zuma's son Duduzane and other prominent guests.

South Africa's Heritage Day was on September 24, a day after King Misizulu's birthday.

City Press claim they have pictures of the king with a drink in his hand on the eve of Heritage Day.

The Zulu King is yet to be officially crowned but has been installed as leader of the Zulu Nation.

A royal family faction opposed to his accession is said to be refusing to take orders from him and has been snubbing meetings while arguing that he is not their king.

Recently, reports emerged that King Misizulu had been poisoned, but the traditional prime minister of the Zulu nation, Prince Mangosuthu Buthelezi denied the claims.