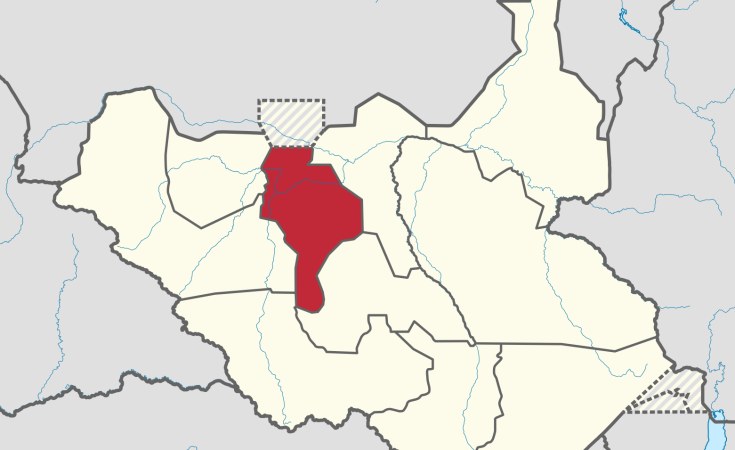 Tonj, South Sudan — At least 36 people were killed in clashes between four communities in South Sudan over the weekend, according to Warrap state officials.

Warrap Governor Aleu Ayieny Aleu called the latest wave of fighting in in Tonj East and Tonj North counties "devastating." He told VOA's South Sudan in Focus radio program that the clashes were linked to cattle raids and revenge attacks.

Thousands have fled the region and at least 36 others were injured, Aleu said. Many could not be transported to medical care due to flooding and the poor condition of roads.

"The bigger problem is how we can transport the wounded civilians to hospital," Aleu said. "Here I appealed to humanitarian partners to quickly step in, since the situation is normalizing, to transport these victims to hospital."

Due to the flooding which destroyed several roads, government forces were unable to reach areas of the fighting.

Tonj East County Commissioner John Deng Kook told South Sudan in Focus that armed young men from two communities in the area continue to engage in deadly clashes, but he declined to name the individuals involved.

"The fighting was linked to a cattle theft, that some youth from Rek community stole cows from Luanyjang and when the youth perused the [area], then fighting erupted there on Saturday and on Sunday," Tonj East County Commissioner John Deng Kook told VOA. "The other communities came for revenge."

"We have relocated ourselves to another place due to heavy fighting in the area that was approaching the town of Romic," Aguer said. "Personally, I have seen people wounded being carried out by their relatives and some died immediately due to a lack of health service."

State officials sponsored a peace conference between residents of Tonj East and Tonj North counties in Romic, where resolutions were drafted that called for uniform disarmament, compensation for victims and victims' families, and the return of looted property to rightful owners.

Commissioner Kook said the only way to end the clashes is to carry out a thorough disarmament campaign and establish a strong justice system.

South Sudan 'Determined Never to Go Back to War'