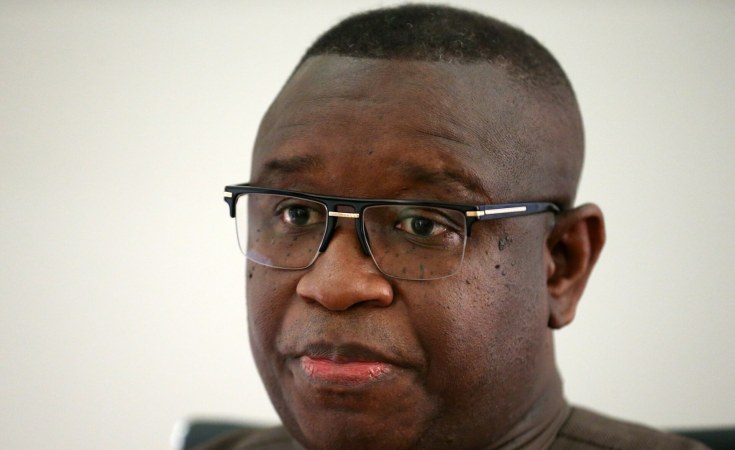 VOA's Peter Clottey spoke with Bio about his agenda and how he plans to move the country forward. This interview has been edited for brevity and clarity.

VOA: You've been quite vocal about human capital development. What are you doing about it?

Bio: I started talking about human capital development even before I was elected. I think it was actually on that basis that Sierra Leoneans chose me instead of any other person. I have stated to them that in as much as Sierra Leone can boast of many natural minerals like gold, diamond, bauxite, the most important or the most precious of those for me is the human being. If we can invest appropriately in the human being, it will be the basis for development. And it was on that basis that I actually used it as the flagship program in my campaign. And quite apart from what other people think about human capital development, I have defined it to be good health, good education and food security. I realized that not everybody had access to education because of the level of poverty in our country. So, I decided to do the heavy lifting. The government decided to pay for every child for free primary school to the end of high school.

VOA: How are you funding this project and how sustainable will it be?

Bio: That is a very good question because it is quite expensive. But I have always said that it is not as expensive as ignorance when the population in not educated. For me, in the 21st century and with the fourth industrial revolution looming, education is an existential thing. We must have it or perish as a nation. It is expensive. But what have we done? We have been able to close most of the loopholes, you know, for corruption in the country. And that is how we've been able to first get the seed money. And once we got going, we have been able to attract a lot of allies. The Global Partnership for Education, the World Bank, a lot of institutions are supportive.

VOA: Would you say that your administration has implemented measures to ensure that you meet the standards of good governance that Sierra Leoneans expect from you?

Bio: Talking about good governance definitely reminds me about transparency, accountability and making sure that we free up the political space so that all the political parties can freely partake in elections and the elections are credible. We have done quite a lot in that direction in the past three years. Today, we have removed the death penalty. It has been hanging in the law books and it's been used by several governments to take away the opposition, to threaten them, to silence them. For me, I have decided that that is a thing of the past. And I took that to the parliament of Sierra Leone, and it's off the law books today. The seditious libel law -- this is a law that has been used to threaten journalists and a lot of them have been locked up. As I speak to you, that is also the thing of the past. If you check in our prisons today, there is no journalist in prison for practicing journalism.

VOA: What is your government doing about gender equity and empowerment?

Bio: When I took over, women were definitely at the edge. They did not have the necessary space. They did not have the necessary support. What I have done, apart from bringing a lot of women into governance, is to make sure that they feel a part of our development process, they feel a part of being Sierra Leonean. Rape was rampant. I declared a national emergency, and we have amended the Sexual Offenses Act. And now, the punitive measures are stricter. We've set up special courts for that. We have a special, one stop sentence to deal with rape and other issues.