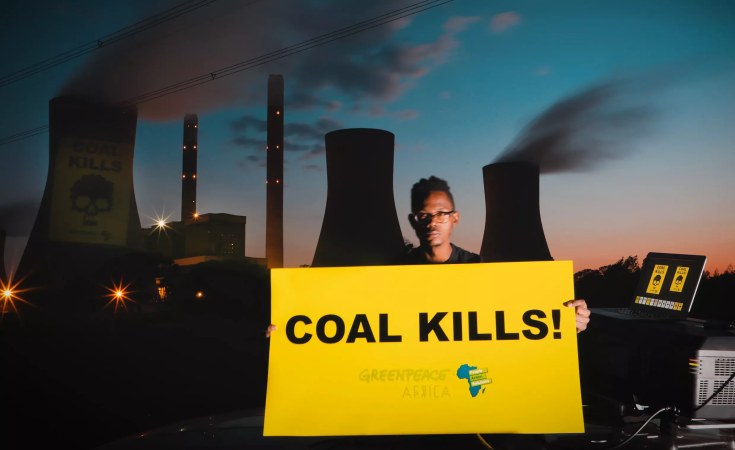 Greenpeace
Mpumalanga is home to a cluster of twelve coal-fired power plants with a total capacity of over 32 gigawatts owned and operated by Eskom. Satellite data revealed that the cities of Johannesburg and Pretoria are also highly affected by extreme NO2 pollution levels which blow across from Mpumalanga and into both cities due to close proximity and regular east winds (file photo).
Daily Maverick (Johannesburg)
analysis By Julia Evans

A report says that while power stations in other countries have taken action to reduce emissions, Eskom has not -- and now emits more sulphur dioxide than the entire power sector of the US and China combined.

A data analysis by the Centre for Research on Energy and Clean Air (CREA), released on Tuesday, finds that South Africa's national power utility, Eskom, has become the world's top polluter in its field. It says no other power company on the planet emits nearly as much sulphur dioxide into the atmosphere.

Sulphur dioxide contributes to high levels of ambient air pollution and is the main health-harming pollutant from the burning of coal. According to the World Health Organisation, South Africa's air quality levels exceed safe limits.

According to a study by air pollution expert Mike Holland on the health impacts of coal-fired plants in SA, air pollution has multiple effects on our health, including cardiovascular and respiratory illnesses, some of which can prove terminal. Holland estimated that more than 2,200 deaths are caused by air pollution.

"Most of these deaths are due to SO2 [sulphur dioxide] emissions, which form deadly PM2.5 particles once released into the air," says the CREA report.