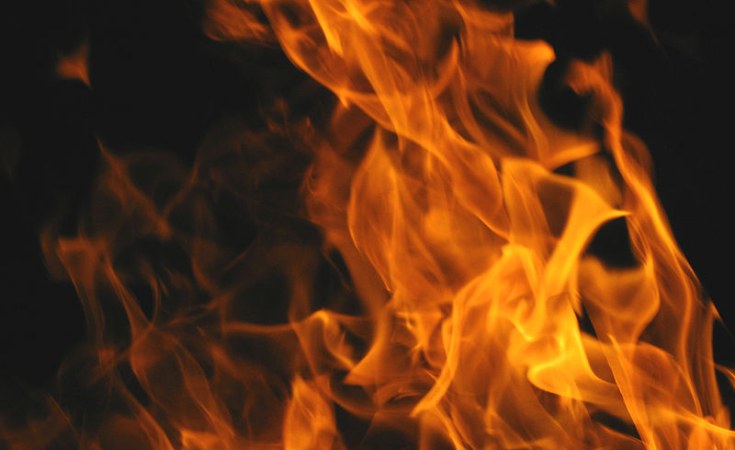 As the country comes to terms with the devastation of veld fires that continue to decimate tens of thousands of acres of grazing land over the past few months, farmers across the country have now turned to prayer.

Veld fires have become extremely prevalent across the country this year mainly due to the good rainfall that was received earlier in the year, which resulted in the accumulation of a high fuel load in many parts of the country.

Data provided by the environment and forestry ministry last month estimated that approximately 2.5 million hectares of grazing land, including land on 604 farms and in many protected areas, have been affected by forest and veld fires.

This has resulted in the destruction of infrastructure and properties, vast grazing areas and the loss of both human and animal life. It is estimated that approximately 635 animals have perished due to the forest and veld fires outside protected areas.

In the past two weeks alone, over 143 000 hectares of land have been destroyed, killing 210 animals in the process.

Farmer and member of parliament (MP) McHenry Venaani tweeted over the weekend that he has lost vast tracts of farmland in the Steinhausen area of the Omaheke region to veld fires.

"Friends and many farmers have lost large tracts of land in the area of Steinhausen to wildfire. I have lost over 2/3 of my farm with many cattle trapped dead in the fire," Venaani said. [Sic]

"This year calamity has turned my heart into steel. Lost over 70 cows to syndicates. God hear our prayers."

Outjo and Kamanjab farmer Mike Kavekotora, who is also an MP, said he experienced veld fire twice this year, squarely blaming the blaze on charcoal producers.

"Veld fire is caused by negligence from the charcoal producers. These people are very negligent in terms of their production. They don't take the necessary precautions to make sure that where they burn charcoal, there is a distance between their workstations and the grazing on the farm," Kavekotora said.

"Unfortunately, it is us the farmers who suffered most because the loss of grazing means that is either you have to reduce stock or rent somewhere else which is a costly exercise."

He advised charcoal producers to be extra careful when they do their production, so that they can minimise the burning of grazing pasture.

He also called farm owners employing charcoal producers to take precautions to make sure the producers are in adherence to the provision of the forestry ministry.

Meanwhile, environment minister Pohamba Shifeta recently said in parliament the main causes of the forest and veld fires have been charcoal production operations, mechanical appliances such as graders, recreational activities such as picnics, smokers, and local natural resource management-related activities such as hunting, honey production and thatch-grass harvesting.

He said considering the fact that fires are occurring at an unacceptable frequency and intensity, and to adequately address these challenges, the ministry reiterates its call to the public, to report any fires to the ministry as soon as possible for swift response.

"Members of the public are required to use fire responsibly and are advised to clear areas around their homesteads and places of residence. Parents must also ensure that children do not light fires without supervision," the minister advised.

Before starting a fire, Shifeta said one must check the surrounding to assess the risk (flammable materials, wind speed etc.) of burning beyond the intended area.

"Where required, put in place preventative measures to stop the fire from spreading to unintended places," he added.