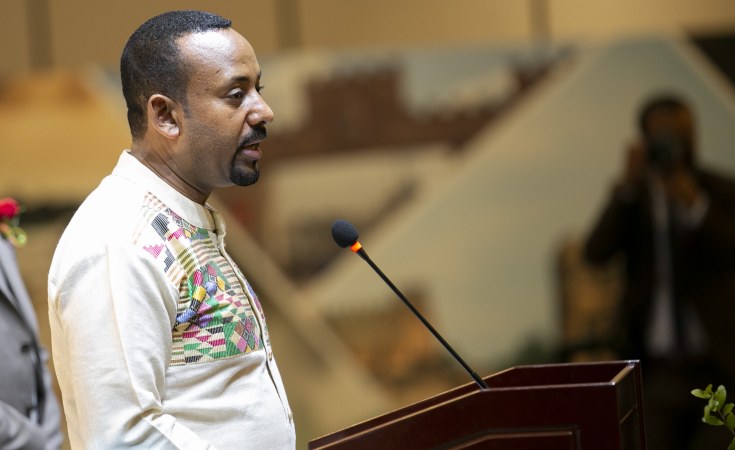 They are Prof Birhanu Nega, Belete Mola and Merdasa Tulu as the education, innovation and technology, and culture and sports ministers respectively.

The PM's office later said that their inclusion reflects the new government's "commitment to inclusivity".

Abiy replaced the defence and peace ministers in a shake-up of his 22-member cabinet.

He appointed Abraham Belay, the former head of the troubled Tigray region's interim administration, as defence minister and Binalf Andualem as peace minister.

Abiy also replaced water minister Seleshi Bekele, who had been at the forefront of leading Ethiopia's negotiations with Sudan and Egypt over the Grand Ethiopian Renaissance Dam.

Seleshi was replaced by Habtamu Itefa, the former head of the water bureau in Abiy's native Oromia region.

Demeke Mekonnen was reappointed as deputy prime minister and foreign minister, a sign that Abiy is likely to continue with his previous foreign policy amid deteriorating relations with Western powers.

In the last few weeks, the Horn of Africa country has shut down three of its embassies - in Algeria, Egypt and Ireland.

Ireland has been at the forefront pushing the UN Security Council to impose sanctions on Ethiopia with regard to the conflict in the Tigray region.

Ethiopia plans to close at least 30 of its embassies overseas, citing financial constraints brought on mainly by a near year-long civil war in Tigray.

Ethiopia has lost billions of dollars since the conflict broke out in November.

Its relations with international aid organisations is also shaky after the government expelled seven senior United Nations officials, accusing them of meddling in the country's internal affairs.

The new cabinet was approved on Wednesday by a majority vote in the lower house of parliament, with two votes against and 12 abstentions.

Abiy, 45, was sworn in as PM on Monday for a new five-year term.

His Prosperity Party (PP) won the June election in a landslide but major opposition parties boycotted the poll.

Abiy came to power in 2018 following years of anti-government protests.

A year later, he won the Nobel Peace Prize for his "decisive initiative" to resolve a two-decade long border conflict with neighbouring Eritrea.

The award was overshadowed after he sent troops and jets to the Tigray region last year in a bid to depose leaders of the Tigray People's Liberation Front (TPLF), which dominated national politics before Abiy took office.