Malawi: The UN Agrees With Chakwera - 'Wealthy Nations Must Share Resources With the Poor' 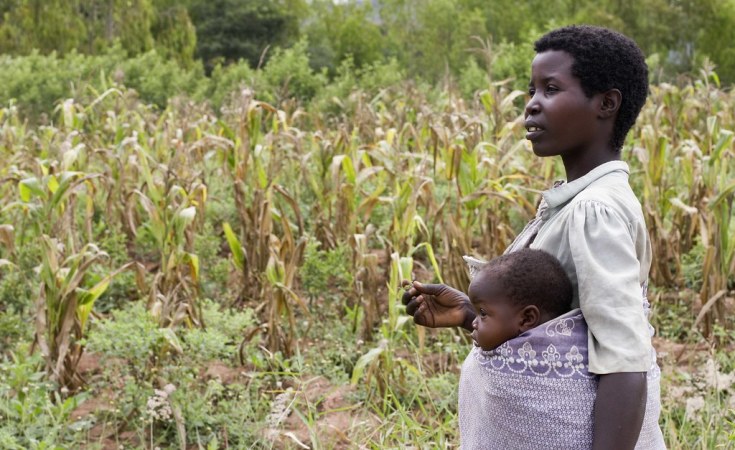 The head of the largest and powerful humanitarian organisation, the United Nations (UN) António Guterres has endorsed Malawi President Lazarus Chakwera's remarks in calling on all wealthy and powerful nations around the globe to share their resources with the poor countries and improve on access to Covid-19 vaccines for poor countries around the world.

President Chakwera made the call in July this year when he was visiting the UK at the invitation of the British Prime Minister Boris Johnson and appeared on BBC's HARDtalk with Broadcast Journalist Sarah Montague saying "This is the unfairness that is there, and I speak as it is."

Speaking in New York recently in support and agreement of Malawi president, Chakwera, who is also head of the 16 countries-member states, the Southern African Development Community (SADC), the secretary general of the United Nations, Guterres, said the most serious global public health and economic crisis the world has faced in the past century was on course to worsen existing inequalities and threaten "the long-term livelihoods and well-being of hundreds of millions, if not billions, of people" without a greater determination by rich nations to share resources.

Guterres has said unequal access to Covid vaccines and affordable loans in developing countries will widen inequality thereby reiterating Chakwera's plea for rich countries to step up efforts to protect workers hit by the Covid-19 pandemic with an additional $1trillion (injection of funds to avoid a twin-track recovery that widens the gap with the world's poorest nations.

The UN chief said the gap between rich and poor nations is evident in the different access to vaccines and the ability of rich nations to borrow cheaply to fund welfare programmes while poorer nations are left to finance debts at high rates of interest.

The Malawi leader said: "We need equitable distribution of vaccines in the world. We need to have access and we cannot wait for the UK to finish vaccinating its people and then we can say everyone else in other countries can now be vaccinated, when nobody out there is safe then nobody will be safe everywhere."

President Chakwera said if only Malawi could produce her own vaccines, perhaps things could have been different but thanked the British Government for the continued support on vaccines and healthcare systems.

Malawi has only vaccinated only two percent of its population while the in UK more than 46 million people have received at least one dose of a coronavirus vaccine - part of the biggest inoculation programme the country has ever launched.

According to health experts, these high vaccination levels have created a "protective wall."

President Chakwera said Malawi has now made a resolution to use different types of vaccines apart from the one being used is in the country, AstraZeneca, saying they have added other regimes of vaccines such as Pfizer and Johnson and Johnson.

Chakwera said Malawi has just received some Oxford AstraZeneca Vaccines and they they are waiting for a new consignment of about 1.9 million new doses to come into the country.

"Malawi is doing all it can with the little we have. We value every life and that is why have embarked on not only testing and not just hospitalising people.

We will do all what is necessary to have them get well. The recovery rate is 85% and we want to make sure that the people get the vaccine and that is possible.

President Chakwera, however, said he is not blaming anybody for lack of vaccines in his country and other countries in Africa, Latin America and Asia emphasising that all he is asking for is that the vaccines are available to everyone in the world.

"Let the vaccines be readily available. We cannot afford to have people die or infected while others are inoculated with high percent, and Africa with one percent, we want more," said Chakwera.

A debt crisis across Africa, south and central America and parts of Asia was possible if poor countries continued to pay a high price for trying to protect their citizens from the worst effects of Covid-19, he said.

UN officials have become increasingly concerned that a growing divide between the world's rich and poor nations is likely to worsen over the next few years as wealthy governments race to regain previous levels of economic.

"The G7 must act to end 'vaccine apartheid' or everyone in the world will suffer," said Guterres.

There are fears that a growing digital divide and the impacts of wars and famines will combine with a looming debt crisis, the costs of the climate crisis and a lack of vaccine doses to setback progress across the developing world.

Gordon Brown, the former British prime minister and a UN special envoy for global education, said earlier this month that "denying the world vaccines is self-defeating and will come back to haunt us".

Brown said: "The financial cost is small in comparison with the benefits in resumed employment, commerce and trade."

In a report to accompany Guterres's comments, the UN said: "This two-track recovery is now creating a great divergence, which, if not corrected, will undermine trust and solidarity and fuel conflict and forced migration, and make the world more vulnerable to future crises, including climate change.

The report said at least $982bn in government cash was needed to respond to the immediate labour market shocks of the crisis and "to support a just transition".

In addition, rich nations should commit to spending of $1.2tn each year for social protection floors in low and middle-income countries.

"No advanced economy has achieved economic and social progress without investing in social protection systems and quality public services that provide people with the necessary support to navigate the vicissitudes of their lives," the report said.

"While the wealth of billionaires increased by over $3.9tn between March and December 2020, the impact of the pandemic on the world of work, among other factors, increased the number of extremely poor by between 119 and 224 million people - the first increase in poverty in over 21 years."