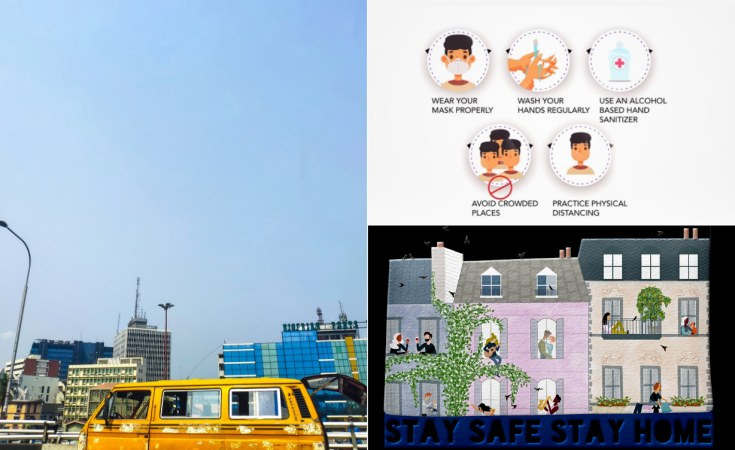 Recall that the Debt management Office, DMO. Had in September, put the country's total public debt (federal and state governments) at N35.5 million at the end of the second quarter of 2021.

But speaking at the opening of a two-day mid-term ministerial performance review retreat in Abuja yesterday, Adesina said Nigeria's debt service to revenue ratio was high.

He, however, acknowledged that the debt-to-GDP ratio remained "moderate", adding that the economic resurgence was possible when Nigeria removes "structural bottlenecks" that limit the revenue-earning potential of non-oil sectors.

Adesina, who projected a rebound to 2.4 per cent growth rate for the economy , this year, with a possibility of hitting 2. 9 percent next year, however, said that growth in Nigeria required immediate action on the growing debt, noting that at 73 per cent, the nation's debt/revenue ratio was too high.

He said: "The GDP growth rate for the continent will recover to 3.4% this year. We project Nigeria's economic growth rate will rebound to 2.4% this year and reach 2.9% by 2022.

"The recovery will depend on two critical issues: access to vaccines and tackling debt issues. Nigeria must decisively tackle its debt challenges. The issue is not about debt-to-GDP ratio, as Nigeria's debt-to-GDP ratio at 35 percent is still moderate.

"The big issue is how to service the debt and what that means for resources for domestic investments needed to spur faster economic growth. The debt service to revenue ratio of Nigeria is high at 73 per cent.

"Things will improve as oil prices recover, but the situation has revealed the vulnerability of Nigeria's economy. To have economic resurgence, we need to fix the structure of the economy and address some fundamentals.

"Nigeria's challenge is revenue concentration, as the oil sector accounts for 75.4 % of export revenue and 50 % of all government revenue.

"What is needed for sustained growth and economic resurgence is to remove the structural bottlenecks that limit the productivity and the revenue earning potential of the huge non-oil sectors."

According the AfDB boss, Nigeria must act quickly to reform its ports, not just scratch the surface with decongestion.

"Much will depend on the ports of Nigeria. According to the sector operators, the cost of exporting 100 tons of cargo in Nigeria is $35,000, compared to $4,000 in Ghana. Today, the leading ports for West Africa are in Cote d'Ivoire, Ghana, Togo, and Benin Republic.

"All these countries have modernized their port management systems, leaving Nigeria far behind."

On vaccines, Dr. Adesina said Nigeria must build world-class local pharmaceutical industries, able to effectively tackle the production of therapeutic drugs and vaccines to meet the current challenges of and for the future.

The AfDB, he said, would invest $3 billion in support of local pharmaceutical industries in Africa, including in Nigeria.

Dr. Adesina, a former Minister of Agriculture in the country said prices of food items were rising because of inadequate rainfall and insecurity.

According to him, "farmers no longer have access to quality improved seeds, fertilizers, and farm inputs at scale."

He asked President Muhammadu Buhari to re-introduce the e-Wallet system he brought to bear as Minister of Agriculture under the Goodluck Jonathan's government.

According to him, this is the only way farmers across the country can be effectively empowered to farm and feed the nation.