Zimbabwe: Works On Mbudzi Flyover Move a Gear Up 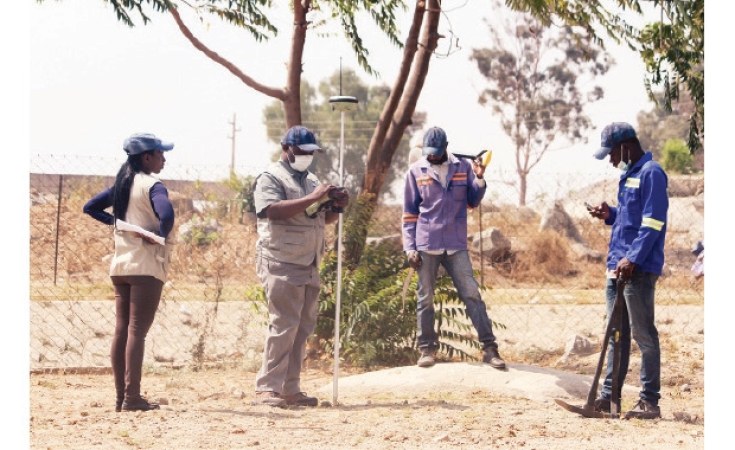 Innocent Makawa / The Herald
Tefoma surveyors at work at the construction site of Mbudzi flyover in Harare on October 11, 2021.
The Herald (Harare)
By Blessings Chidakwa

The demolition of illegally-built houses and tuckshops to pave way for the construction of the Mbudzi flyover and associated roadworks on road reserves in the Hopley area are continuing following the lapse of 48-hour eviction notices issued by the Harare City Council.

More than 320 structures are being demolished as part of preparations for the construction of the flyover interchange to replace the continuously clogged Mbudzi roundabout.

Yesterday, most owners of the illegal houses and tuckshops near the Tariro Clinic road reserve were still pulling down structures on their own, although a handful adopted a wait-and-see attitude.

Some residents knocked down the whole structures built using farm bricks while others partly demolished the structures as they only removed roofs, door and window frames and window panes.

"We are going to engage people who continue operating there, we will talk with them until they see reason," he said.

"The idea is not to use the stick, but to engage because we are dealing with human beings. We need to respect each other, we need to respect human dignity and their rights, but eventually they will move away because of the engagement."

Mr Enock Kadzita pleaded with council to provide them with new stands.

"We have been here for the past five years and were waiting for the regularisation exercise by the Government. Our plea is that the council will just allocate us new stands, especially us the 320 people who received eviction notices. We are stranded, we don't know what to do next," said Mr Kadzita.

Cabinet has approved the construction of the Mbudzi flyover and work has already started on repairing and upgrading surrounding roads to act as the needed diversions before teams move onto the roundabout area.

This means Harare City Council has to act to remove the illegal structures, some of which had been allowed to clog road reserves for up to six years.

The dual operation is centred on the new flyover, but part is to clear a major road reservation in the Hopley area and the other part to clear the road reservation and other council land around the proposed roadworks for the interchange.