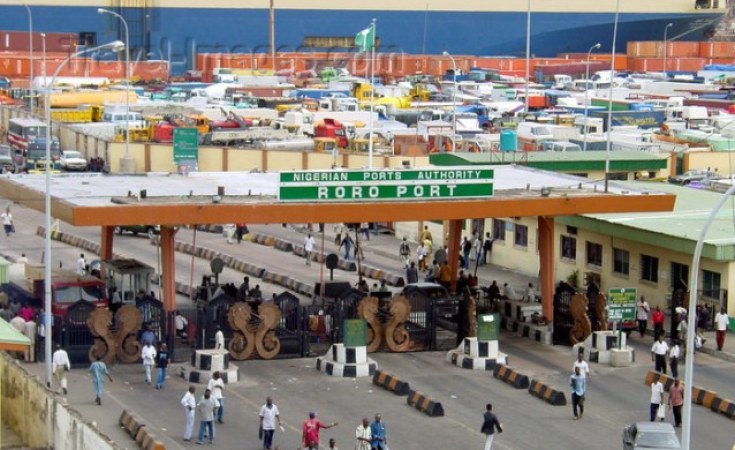 The federal government is set to award a service boat monitoring agent contract for another 25 years to the Integrated Logistics Services Limited (INTELS) despite being disqualified in the bid process, investigations by Daily Trust revealed.

The contract between the Nigerian Ports Authority (NPA) and INTELS for providing the authority with the service for monitoring boats expired in August 2020. The contract which commenced in 2007 lasted for 13 years.

The NPA is one of the major sources of revenue for the federal government, a development that attracts attention and interest from investors and other stakeholders.

Documents indicating revenue generated by the NPA on service boat operations as sighted by this newspaper indicated that between 2017 and 2019, the Onne pilotage delivered N98.2billion (240 million USD).

Daily Trust investigation had earlier revealed that the federal government lost over N58 billion as the average of what would have accrued to the federation from the contract of service boat operations monitoring agents in four pilot districts in the last year.

In line with the Public Procurement Act, The NPA in December 2019 initiated a public tender to engage a company to provide the service at four pilotage districts.

In the tender document sighted by our reporters, the NPA reduced the commission due to the agents from 28 per cent of all revenues collected to 15 per cent. During the active period of its contract, INTELS was collecting 28 per cent of total accruals as agency commission.

But the NPA was not comfortable with this arrangement, a development which among other issues pitched it against INTELS.

The NPA noted that the reduction of the commission was to maximise revenue going to the authority and in turn the federal government, in addition to keeping with best practices for agency commissions of such services which were typically not above 15 per cent.

INTELS and others submitted their bids to qualify for the tender. The NPA in a letter to President Muhammadu Buhari noted that INTELS violated one of the criteria advertised and was disqualified.

The tender process continued and four companies with the highest scores pre-qualified.

Daily Trust had last month reported that the four companies were yet to be issued with letters of engagement as a result of horse-trading and legal battles, making government lose billions of naira.

The legal battles between FG Intels

The business dispute between the Nigerian government, through the NPA and the INTELS first became a subject of litigation in 2017 after NPA sought to end its monopoly of terminal operations on Nigerian ports by reviewing an existing agreement.

In its suit filed on June 4 before a Federal High Court in Abuja, INTELS said the review amounted to a violation of an October 24, 2005 lease agreements in respect of the Warri New Terminal, Warri Old Terminal, Calabar Terminal B, Federal Lighter Terminal B (Onne) and Federal Ocean Terminal A (Onne).

Those joined in the suit as respondents were: the federal government, Attorney-General of the Federation, NPA, Ministry of Transport and the Bureau of Public Enterprises.

As part of the terms of the agreement, INTELS also commenced an arbitration proceeding against NPA.

While the Arbitral body was yet to be constituted, INTELS and its associated company, Deep Offshore, by a motion, went to the Federal High Court, Lagos seeking an interim injunction restraining the NPA from going public to invite other firms to play INTELS' role.

On August 28, 2020, Justice Rilwan Aikawa of the Federal High Court, Lagos granted an interim injunction against the NPA in the following terms:

"An order of interim injunction restraining the respondent, its servants, agents, and/or privies from giving effect to the purported notice of expiration issued by it on 5th August 2020, or taking any other step to prevent the parties from performing their duties and obligations under the agreements between the 1st applicant and respondent dated 11th February 2011 and 24th August 2018, pending the determination of the originating motion dated 12th August 2020 seeking for interim measures of protection in support of the pending arbitration between the parties herein."

The matter is said to be on appeal at the Court of Appeal.

Several attempts by Daily Trust to get an update on the case and comments of the INTELS' lawyers were not successful as the firm of Adeniyi Adegbomire, SAN, of Aluko and Oyebode & Co., is yet to respond to the request for clarification on the case.

The Attorney General of the Federation, Abubakar Malami, SAN responding through his media aide, Dr Umar Gwandu, said he could not give spontaneous response without adequate time due to the nature of the matter.

FG reverses self despite advice by the BPP

A document reviewed by Daily Trust, dated March 4, 2021, suggests that President Buhari had earlier approved that the outcome of the tender process in the award of the service boat monitoring agent contract, as submitted by the NPA, be forwarded to the Bureau of Public Procurement for no objection and consequently forwarded to the Federal Executive Council (FEC) for approval.

However, the Ministry of Transport had instructed NPA to commence the process of restoring the contract between INTELS and the NPA.

On April 14, INTELS' parent company, Orlean Invest Holdings Ltd. made a proposal to the Ministry of Transport for the amicable resolution of all disputes and part of the condition was to commence the process of renewing the service boat operations management for 25 years at 25% commission in place of the 28% charged under the expired contract.

They also amongst others requested the purchase of NPA lands presently held by INTELS vide leases and subleases.

The NPA, in response to the ministry's instructions, sought the approval of the Ministry of Transport to commence the process of renewing the service boat agreement on a reduced tenure of 10 to 15 years at 18%.

NPA argued that the 25 years for the service boat agreement was too extended. The NPA was of the view that within 10 to 15 years, significant progress will be made by INTELS in recouping its investment.

The NPA also recommended the withdrawal of pending suits and arbitration proceedings in all courts.

However, The NPA also kicked against the proposal for the purchase of premises currently held by INTELS on the grounds that the affected land and infrastructure are national assets and cannot be disposed of in the manner proposed.

All of the above had progressed despite INTELS not being prequalified by the yet to be concluded procurement process.

Another memo from the BPP to the Chief of Staff to the President, Prof. Ibrahim Gambari, dated March 9, which detailed the review of the contractual relationship between INTELS and the NPA, the Director General of BPP, Mamman Ahmadu in his recommendation warned of possible exploitation of the situation.

Ahmadu further argued that the correct procedure was that the contract should be won through a proper procurement process that complied with the provision of the Public Procurement Act 2007.

The BPP also warned that "There is the need to avoid the kind of monopoly currently enjoyed by Messrs INTELS, which has cascaded into the entitlement mentality being demonstrated by the firm."

Ahmadu posited that monopoly will inevitably result in charging a higher price to the consumer/client than what is obtainable from the more competitive market.

When asked to explain the reason why the president's directive was being flouted with the report that the federal government was negotiating with INTELS through the NPA to re-award the boat service contract to the company despite failing in the bidding process earlier, the Senior Special Assistant to the President on Media and Publicity, Garba Shehu, said: "Please approach the Ministry of Transportation. They will address the issue."

Shehu said this after he was told that the president had initially given the nod that the position of the NPA be adopted and a certificate of no objection issued by the Bureau of Public Procurement (BPP) to those pre-qualified.

Attempts to get the comments of the Federal Ministry of Transportation were unsuccessful.

Minister of Transportation, Mr Rotimi Amaechi and the Director Press in the ministry, Mr Eric Ejiekwe did not respond to requests for comments.

Text messages sent to them over one week ago were not answered as of the time of going to press.

A spokesperson for INTELS contacted for this story on Sunday declined to comment.

"I don't want to say anything on it and don't quote me," he said and hung up.