Libya: Alert Over Spike in Security Operations Against Libya Migrants 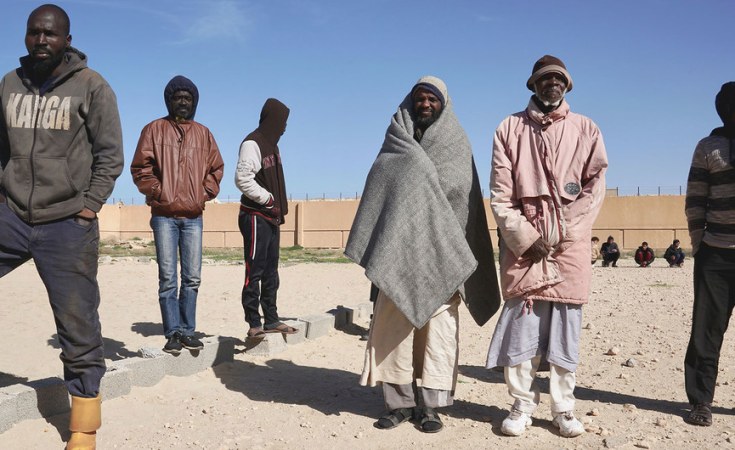 Migrants and asylum seekers in Libya have been facing increasingly heavy-handed treatment from targeted security operations, that have resulted in at least one death and a steep increase in detentions.

In an alert on Tuesday, the UN human rights office (OHCHR) said that vulnerable people on the move in the north African nation experience "a myriad daily violations and abuses at the hands of both State and non-state actors."

These include expulsions of individuals to countries in sub-Saharan Africa without due process, in violation of the principle of non-refoulement.

"On the one hand, as some parts of the Government have been saying, they are doing these raids and operations just to tackle crime", Marta Hurtado, spokesperson for OHCHR explained. "In this case, what we are saying is if you are trying to tackle crime, try to go against the traffickers, don't go and detain the migrants who are quite often the victims of the traffickers."

Ms. Hurtado expressed concern at a number of major incidents in which migrants and asylum seekers had been targeted since the beginning of October.

These included the first of October raid by Ministry of Interior personnel on an informal settlement in Gergaresh, which is about 12 kilometre west of Tripoli.

Women, children and men were arrested and handcuffed, including some individuals who were reportedly registered with the UN Refugee Agency.

Security forces used unnecessary and disproportionate force to detain them, including shooting and beating those who resisted or tried to escape, Ms. Hurtado said.

She noted that at least one person died, five were injured, and more than 4,000 were detained, before adding that the authorities had since acknowledged that the operation could have been handled differently.

According to OHCHR, all those arrested were taken to the al-Mabani Government-run detention centre in Tripoli and kept in extremely overcrowded cells with little access to food or water.

On 6 October, 500 migrants managed to escape from the Gheriyan centre and were chased by guards who opened fire using live ammunition. According to preliminary information, at least four individuals were shot dead, and many others injured.

Two days later, on 8 October, another mass escape took place from the al-Mabani centre, with migrants being chased by security officers who shot at them, injuring and killing an unknown number.

For Ms. Hurtado, "this series of horrific events over a period of eight days is just the latest example of the precarious, sometimes lethal, situation facing migrants and asylum seekers in Libya."

"They are criminalized solely for their migration status, are routinely detained in abhorrent conditions, are frequently subjected to extortion and abuse, and in some cases killed", she said.

According to a recent report by the Independent Fact-Finding Mission on Libya, these widespread and systematic violations could amount to crimes against humanity.

The rights office is calling on the authorities to establish prompt, thorough, impartial and independent investigations into these claims.

OHCHR is also asking the Libyan authorities to release all arbitrarily detained migrants and asylum seekers, cease the raids on their settlements, halt evictions and stop criminalizing them.

The Government should assist all families who are separated and urgently accommodate migrants and asylum seekers in proper and safe conditions, the Spokesperson said.

UN agencies and NGOs should also be given access to detention centres, Ms. Hurtado added.

Inhumane Treatment of Migrants - the EU Is 'Complicit' Says Filmmaker