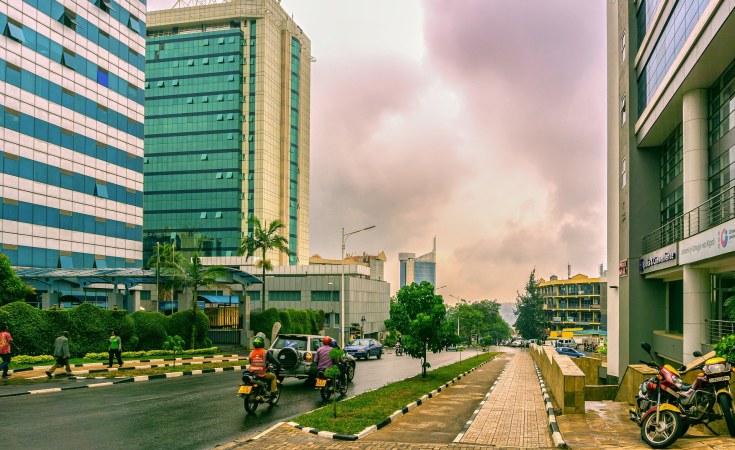 The project to construct a multibillion central sewerage system in City of Kigali is yet to take shape, which continues to expose urban dwellers to threats stemming from poor waste management.

Marie-Solange Muhirwa, Chief of Urban Planning at the City of Kigali, said that city is yet to secure a contractor to implement the project.

She was responding to a question from The New Times during a press conference on Wednesday October 13.

"We are still in the process of hiring a contractor for the project," she said.

The central sewerage system is a joint project of the City of Kigali and Water and Sanitation Corporation WASAC.

The construction of the sewerage system was meant to begin in June 2019 but has been delayed for more than two years.

The project was scheduled to be carried out in four years with the completion date set for 2022 to address threats to public health, partly caused by untreated dirt seeping into water systems.

The first phase of the over €96 million project is projected to cater for the city's Central Business District (CBD).

The wastewater treatment plant at Giti Cy'inyoni is expected to have the capacity to treat 12,000 cubic metres of liquid waste every day.

"Once the bidding is complete and the contractor secured we'll start the implementation of the project," Muhirwa said.

Meanwhile, Muhirwa said that the city is also still challenged by informal settlements.

She disclosed that at least $40 million has been earmarked to upgrade some of the largest informal settlements in Kigali.

The informal settlements, she said, are dominant in Nyabisindu in Remera sector, Nyagatovu in Kimironko sector of Gasabo District.

The informal settlements to be upgraded also include those in the whole Gatenga sector in Kicukiro District and the ones near Mpazi drain in the sectors of Gitega, Kimisagara and Rwezamenyo.

"The approach to improve these informal settlements is to set up infrastructure such as roads, lights, pathways, parking areas, among others. The infrastructures will help increase the value of their properties and pave the way for residents to upgrade their settlements," she said.

She said that residents in unplanned and informal settlements will not relocate but rather will be supported and guided on how to upgrade their houses.

"We are also mulling over connecting investors to property owners in these informal settlements so that they help them upgrade their settlements. This means after an investor sets up a decent building, the owner of land can have a share of the building to ensure a win-win situation," she said.

Muhirwa said that the study for upgrading the four settlements has been completed, adding that procurement is underway to get contractors for the upgrading works on 384 hectares.