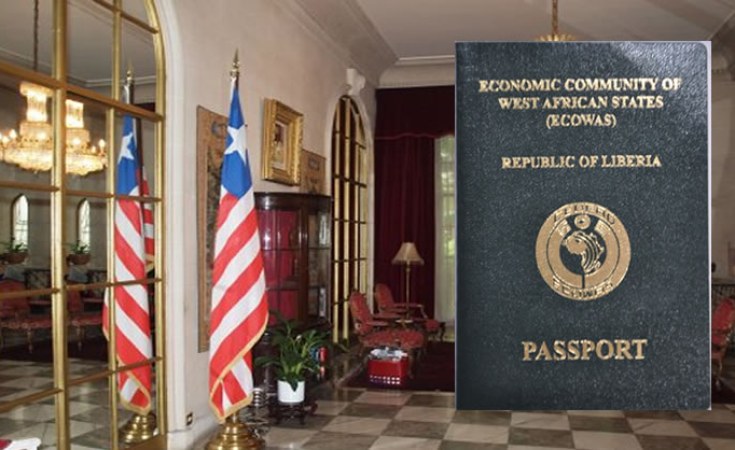 Monrovia — Natural born Liberians who have taken on other citizenships are still entitled to all rights reserved to Liberians and a Liberian passport - hence a green light to dual citizenship.

FrontPage Africa has obtained a September 22, 2021 communication from the Minister of Justice and the Attorney General, Cllr. Frank Muah Dean, to the Minister of Foreign Affairs informing him that the Supreme Court of Liberia has ruled as unconstitutional for a citizen of Liberia who for whatsoever reason became a citizen of another country to be automatically stripped off his/her Liberian citizenship without due process.

We present compliments and have the honor to inform you that the Supreme Court of Liberia, pursuant to a Ruling and Judgement delivered on December 23, 2019, declared Sections 22.1 and 22.2 of the Aliens and Nationality Law title 4 of the Liberian Code of Law Revised, approved May 15,1973 and published, unconstitutional, to the extent that it does not provide for due process before the forfeiture of Liberian citizenship.

Please ensure that the implementers of the Revised Regulations to Govern the Administration and Issuance of Liberian Passports take due note.

The December 23, 2019 ruling that nullified the controversial laws barring dual citizenship was inspired by the perseverance of Cllr. Seward Cooper, a former legal advisor to former President Ellen Johnson-Sirleaf and his client Attorney A Teage Jalloh.

The ruling ended nearly a decade-old quest to bring closure to a nagging issue that has kept Diaspora-based Liberians on edge about the uncertainty regarding their standing in the land of their birth.

Atty. Jalloh, a Liberian-born with American citizenship was denied travel documents by the Liberian embassy in Washington, DC after being told he needed a non-immigrant Liberian visa before he could be permitted to enter Liberia.

Atty. Jalloh took his fight to the high court, arguing that Sections 22.2 of the Alien and Nationality Law which were enacted before the adoption of the 1986 constitution, purports to automatically-deprived Liberian citizens of their citizenship rights if they do certain things such as vote in the elections of a foreign country or join the military of another country. Teage contended that these laws were repealed b Article 95(a) of the 1986 constitution as being inconsistent with the due process clause of Article 20(a).

In the landmark ruling, the Court opined that Section 22.2 of the Aliens and Nationality Law is in direct conflict with the requirements of Article 20(a) of the Liberian Constitution (1986), which provides in part: 'No person shall be deprived of life, liberty, security of the person, property, privilege or any other right except as the outcome of a hearing judgment consistent with due process of law... "

The Judges further opined Section 22.2 of the Aliens and Nationality Law provides: "Loss of citizenship under Section 22.1 of this title shall result solely from the performance by a citizen of acts or fulfillment of the conditions specified in such section, and without the institution by the Government of any proceeding to nullify or cancel such citizenship.

"Wherefore and in view of the foregoing, the petition is hereby granted. Section 22.2 of the Aliens and Nationality Law, to the extent that it provides for loss of citizenship solely on account of the performance by a citizenship of acts or fulfillment of the conditions specified in Section 22.1 without the institution by the Government of any proceedings to nullify or cancel citizenship in violation of the due process clause under Article 209(a) of the 1986 Constitution, is hereby null and void without any force and effect of law," the Judges ruled.

The Supreme Court's ruling and the September 22 letter from the Minister of Justice to the Ministry of Foreign Affairs now enable Liberians in the diaspora to apply for Liberian passport once they can prove that they are natural born Liberians.

Those already with valid Liberian passports would not require visa to travel to Liberia.