West Africa: ECOWAS in Guinea - Tough On Coups, Tame On the Causes of Coups 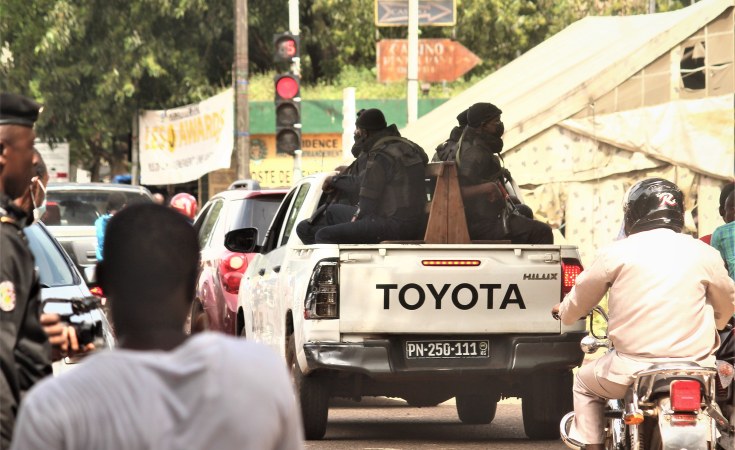 The West African bloc and the African Union are suffering from a credibility problem, but they are not irredeemable.

Despite Guinea and Mali both experiencing coups in recent months, it would be wrong to herald the dawn of a new trend of military overthrows in West Africa. Reoccurring instability is contained to a handful of states. What is a real and worrying trend, however, is the region's consistent failure to address the conditions that spark coups in the first place.

Following the overthrow of President Alpha Condé in Guinea, the West Africa bloc ECOWAS swung into action. It called for elections to be held within six months and insisted that the junta leaders should not be eligible to stand. It demanded Condé's immediate release from custody. It threatened economic sanctions against the putschists.

Apart from the fact that Guinea might need closer to twelve months rather that six to prepare for a meaningful transition, these demands are wise. And ECOWAS along with the African Union (AU) are two of few bodies that hold some leverage over Guinea. But this makes it all the more frustrating that their condemnations and recommendations were reserved for after the country blew up and not when it was boiling.

On coming to office following a period of brutal military dictatorship in 2010, Condé had initially been a force for positive change. But over the years, his rule came to be marked by growing corruption and authoritarianism. All the elections since he took office were disputed as he eroded checks and balances on state power. By 2018, Condé had effectively banned street protests as he embarked on a blatant act of constitutional chicanery to allow him to run for a third term. In October 2020, Condé's administration staged a patently fraudulent election that saw him officially re-elected with 59.5%. Despite the poll's lack of integrity and inclusivity, ECOWAS and the AU deemed it "lawful" and said it was conducted "in transparency".

For many Guineans, this was the final straw. Although the military was hardly blameless during the latter stages of Conde's reign, often using live rounds on protesters, it was unsurprising that the junta's arrival in the capital Conakry last month was greeted by jubilant crowds.

It should perhaps be no surprise that an organisation that includes leaders like President Alassane Ouattara, who similarly extended his reign in Côte d'Ivoire, would be silent on Condé's actions. But ECOWAS' flaws are also systemic, and internal reforms are needed so the organisation can sound the alarm when assaults on democracy occur. Guinea has its own vibrant civil society, and ECOWAS and the AU need to be far more proactive in defending these groups' rights and freedoms so that we never reach this crisis stage again. These African regional bodies suffer from a severe credibility problem, but they are not irredeemable.

For now, ECOWAS and the AU should establish a monitoring committee based in Guinea to scrutinise the transition and periodically report on its progress. Colonel Mamady Doumbouya has already announced intentions to form an inclusive government and embark on consultations with political, business and religious leaders along with diplomats, civil society and other stakeholders. The drafting of a new constitution is vital, but it needs the input of all Guinean society and it needs to be done right. An ECOWAS and AU monitoring committee would send a strong message of solidarity and bolster a sense of security for Guinea's civil society in this process.

With this kind of international support, civil society groups could also forge and announce a realistic roadmap for reform developed democratically and organically, rather than being imposed arbitrarily from the outside. The military leadership would be compelled to listen to these recommendations in a timely fashion, and the regional monitoring group could immediately raise concerns at the highest levels in case of deviations or delays.

During this fragile transition, Guinea's authorities could also prioritise issues that leaders tend to kick into the long grass such as press freedom, access to public information, anti-corruption mechanisms, and sexual and gender-based violence. The country's current leadership of course lacks a mandate, but committees drawn from a range of backgrounds and communities could be tasked with drawing up propositions and bills for these crucial issues.

Having failed to act when Condé was undermining civil society and people's rights and freedoms, regional powerbrokers now have the opportunity to support these groups and issues during the transition. They must be careful not to give any undue recognition to the junta yet must also take some of the blame in enabling its rise.

Mathias Hounkpe is the head of the political governance programme at the Open Society Foundation in West Africa.