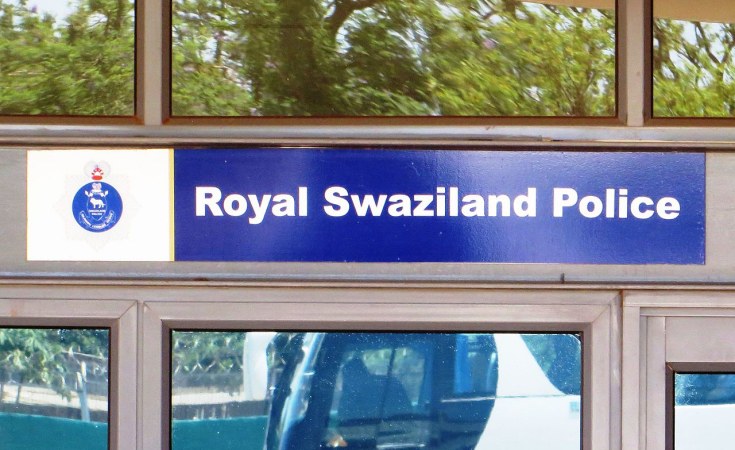 Pro-democracy protests by Eswatini schoolchildren intensified this week, with reports emerging that learners were shot at by the military and police.

The latest disturbances by primary and high school students boycotting classes have entered the third week and started two months after the anti-King Mswati rioting that rocked the country and resulted in at least 27 deaths.

The Communist Party of Swaziland (CPS) says over 80 schools have been shut down while the Swaziland National Association of Teachers says the rioting happened in more than 100 schools.

The learners are said to be "demanding quality learning equipment, free education along with the abolishing of school fees, improved learning conditions including availability of teachers".

They also want the "release of all political prisoners", including two parliamentarians who were arrested earlier this year.

Child rights lobby Save the Children has raised concern, saying reports of children being directly targeted by lethal force were worrying and should not be tolerated.

"Whilst we acknowledge efforts from various parties to resolve the crisis and return children to school, the situation on the ground is unfortunately getting worse. Schools have become military and police zones. Teargas and shootings have become the order of the day. Social media is abuzz with videos and images of children running frantically from armed men," Save the Children Executive Director in Eswatini, Dumisani Minsi, said.

"We are particularly concerned about reports that children are being directly targeted by lethal force. Violence against children must never be tolerated and children must be protected, regardless of where they are or what they are doing."

The spokesman of the pro-democracy Swaziland Solidarity Network, Lucky Lukhele, said the military was deployed to "intimidate" the students.

Images have emerged of injured students, and in one instance, a school neck tie being used as a bandage on a gunshot wound.

Another image shows a wounded schoolgirl being carried by fellow students to a car ready to ferry her to the hospital.

A video clip shows a schoolgirl said to have passed out from teargas smoke receiving improvised first aid, including pouring water on her body.

The exact number of injured schoolchildren has not been established.

But AFP reported Lukhele saying 17 learners, including a seven-year-old, were arrested while CPS put the number at 10.

CPS went on to claim some students were "tortured" by the soldiers.

The party claims police stormed dormitories at some colleges and that teargas was also fired inside classrooms.

Also intensifying the protests this week is the demand by the schoolchildren for the release of their arrested peers.

Army spokeswoman Tengetile Khumalo said the military is "not an enemy of the people" and that their presence "doesn't mean there is war but just (assisting) the other forces to maintain order".

Mbongwa Dlamini, president of the teachers' association, disputed the army's version, saying the military is "using excessive force" on learners.

"We have a very serious crisis here in Eswatini. We have been complaining about the lack of democracy. We have challenges in the way the country has been governed, in such a way that the situation is worse for every citizen," said Mr Dlamini on eNCA.

"The situation has even forced students to join protests demanding democracy. What we have observed is that these children have been rioting at a number of schools and now I think the numbers are beyond 100 schools around the country."

Elsewhere in Eswatini, a man (age not given) was shot dead by police in Malkerns, 20km west of the country's largest city Manzini, during protests demanding political reforms.

Pockets of protesters joining schoolchildren in solidarity have been witnessed in what threatens to spark nationwide rioting.

"Officers came with guns and tried to reason with them, but they retaliated by throwing stones at them and that is when one of them was shot dead," he said.