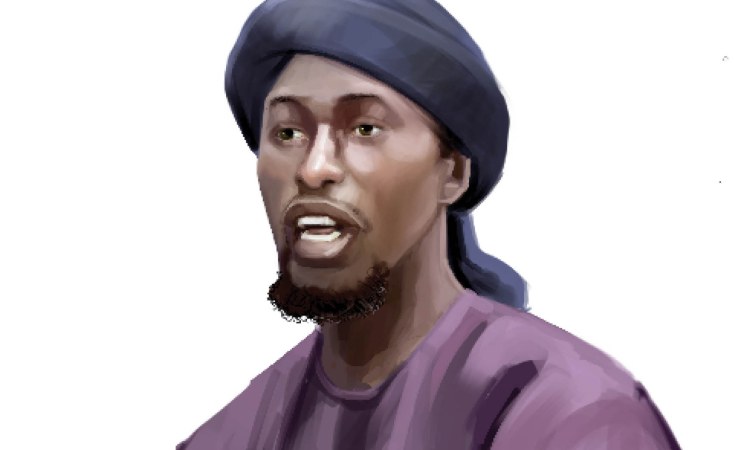 Washington — Claims from Nigeria that the leader of one of the fastest-growing Islamic State terror group affiliates is dead are being met with extreme caution in the United States.

Officials at the White House, Pentagon and State Department said Friday they were aware of accounts that Islamic State West Africa Province leader Abu Musab al-Barnawi had been killed, but some said it was too early to say anything for sure.

"We are aware of the reports but note that unconfirmed reports in the past have proven unfounded," one senior administration official told VOA on condition of anonymity because of the sensitive nature of the situation.

"That said, ISIS-West Africa remains a threat to peace and stability in the region," the official added, using another acronym for the terror group.

Nigeria's chief of defense staff, General Lucky Irabor, first announced the death of al-Barnawi at a news conference in Lagos on Thursday."

I can authoritatively confirm to you that Abu Musab is dead," Irabor said, offering no other details.

Some media outlets suggested al-Barnawi had been killed in clashes with rival factions, but such claims could not be independently verified.

Al-Barnawi is the son of Mohammed Yusuf, who founded the rival terror group, Boko Haram. In 2016, when most of Boko Haram split with Islamic State, al-Barnawi was appointed the leader of the faction that remained loyal.

The U.S. named al-Barnawi a "specially designated global terrorist" in 2018, citing the risk he posed to U.S. national security.

For years, al-Barnawi's IS West Africa had been battling Boko Haram for supremacy in Nigeria and the Lake Chad region. But al-Barnawi's group seemed to finally gain the upper hand in May when its forces surrounded Boko Haram leader Abubakar Shekau following a battle in the Sambisa Forest.

According to accounts posted online by IS and later confirmed by Nigerian and U.S. officials, Shekau, who, like al-Barnawi, was reported dead multiple times, eventually blew himself up rather than be taken alive.

According to U.S. military officials, Shekau's death has since led to a rapid expansion for IS West Africa.

"ISWA (IS West Africa) has pretty much consolidated the vast majority of Boko Haram fighters," one official told VOA, speaking on the condition of anonymity to discuss intelligence.

A report by a U.N. sanctions monitoring team in July said the group was "expected to seek to extend its area of operations towards Maiduguri, Nigeria."

The report further warned that IS West Africa was increasingly targeting "foreign interests" on the border with Niger.

More recent intelligence suggests that in some ways, al-Barnawi's group is succeeding.

IS West Africa "is now a large and very capable presence," the coordinator of the U.N. sanctions monitoring team, Edmund Fitton-Brown, told a security conference in Doha, Qatar, Tuesday.

"(It) also has a, as it were, a spoke or side affiliate known as IS Greater Sahara, which is active to the west broadly in the Niger, Burkina Faso, Mali border area," he said.