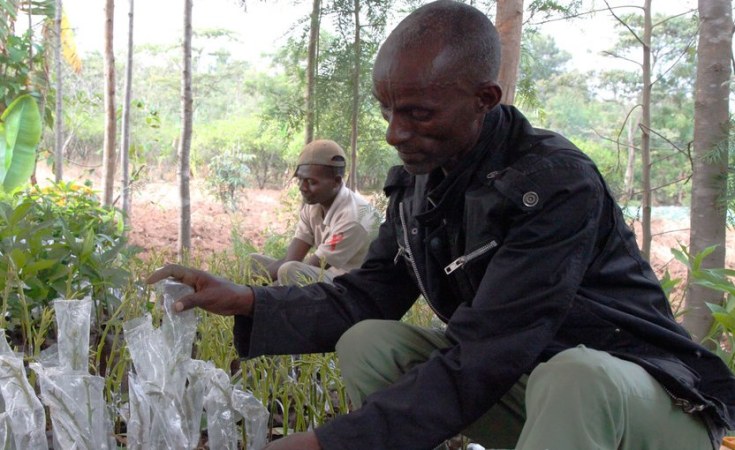 The Agricultural Transformation Agency noted that 1,600 quintals of avocado produce from 156 of the 337 farmers has already been collected, prepared, weighed, and packed and made ready to be distributed for the international market.

On the other hand, farmers in the Oromia region are also poised to export 16 tons of avocado produce to various countries.

Recently, the country carried out its first export of avocados by train from Modjo Dry Port, under a pilot project forming part of the National Cool Logistics Network. The 24-tonne refrigerated consignment, which marks a major milestone in the development of a cool logistics corridor by sea, was produced by dozens of farmers in the Koga area, south of Bahir Dar, and packed by KogaVeg Agricultural Development.

After the 750km train journey, the fruit will be shipped from Djibouti to Europe, taking around 20 days. Comparing with coffee, one can plant up to 2,600 coffee seedlings per hectare with output of 10 to 12 quintals per hectare. But by planting 416 seedlings of avocado per hectare with up to 20 tons per hectare, Ethiopia can get more export earnings as compared to what it is getting from one hectare of coffee.

Even now, avocados are becoming increasingly popular in Ethiopia, both among producers and consumers. It has been shown to be effective in many areas and is now widely available. It is benefiting in many ways in urban areas. The avocado juice has become an important ingredient in the cosmetics industry, especially when used in juices, salads alone or in combination with other vegetables.

Various studies have been conducted by local and foreign experts to show Ethiopia's suitability for avocado production and its overall potential.

The researcher published a study entitled "Ethiopia's Potential Role in the Global Avocado Market" published in 2019. According to the study, worldwide demand for avocados has doubled over the past 15 years. This is a great opportunity not only for the world-famous producers of the product, such as Mexico and Kenya, but also for the potential producers like Ethiopia.

According to the researcher, Ethiopia is a country suitable for avocado production. However, the sector is largely limited to the domestic market. Lack of production, market linkage and infrastructure, as well as low number of investors and industries in the sector, as well as the lack of inputs to pack the produce, are the main reasons why avocado production is limited in the domestic market.

Similar studies on avocado production predicts that Ethiopia will take advantage of the international avocado market by giving special attention to its potential and modernizing the private sector, small enterprises, service providers, and research and development. Ethiopia has also started producing avocados using advanced and modern production methods. In this regard, it is striving to meet the demand for raw materials of factories, to supply high quality avocado to the global markets, and to supply various products to local markets in the required quantity and quality.

In particular, different climate areas of the country have the potential to develop a wide cluster of avocados fruit and improve production and productivity. Efforts are being made to produce quality avocado targeting the world market by identifying suitable technologies and focusing on model seedlings at full capacity. The avocado has already started to be exported, and the development has received a lot of attention. It has created a great deal of motivation among both professionals and farmers.

The UK, Europe and the Middle East are among the destinations of the Ethiopia's avocado.

Currently, Ethiopia becomes a major source of avocado like Mexico but is weak in terms of supply to the international market beyond domestic consumption. Thus, special training and related support is needed to provide to Ethiopian farmers to utilize their potential, to improve their production knowledge and skills.

Local producers' associations have also begun to invest in avocados. To this end, Koka Bej Agricultural Development in North Mecha Woreda of Amhara State is one example of this. This irrigation project has been underway on 229 hectares of land for the past four years. It is also involving 1,200 farmers. Improved avocado production using artificial lakes has begun to be exported.

Avocados are also widely grown in the southern region. Many young people, especially in the Sidama region, have begun to participate in and benefit from avocado development. A similar pattern is emerging in Oromia.

The Ministry of Agriculture is working on a 15-year project to develop avocado. Avocados are one of the most important fruit seedlings being planted under the green legacy program. This, together with the development of the farmers, is creating the capacity to increase the foreign exchange earnings of the sector as well as the supply to the domestic market.

According to various experts, the effort for avocados is not the same as the focus on other crops. Fruit and vegetable products are easily perishable if not available in the market soon, which includes marketing, supplying seedlings, mobilizing and preparing farmers.

Avocado is one of the products that have been given special attention by the Ethiopian Agricultural Transformation Agency. The agency said it has been providing various support to avocado production in the past three years, especially in Amhara, Oromia, Tigray and SNNPR.

The agency is conducting market research, identifying buyers, and government-aligned activities for productive farmers. According to the agency, the demand for avocados has increased significantly.

Ethiopia's avocado production becomes high during the winter months. The main reason for this is that the avocado, which is produced in Ethiopia, arrives to the market in July. Countries such as Mexico, which is known for exporting avocados, do not have access to it at this time. This has created a better opportunity for Ethiopia to earn better foreign exchange from avocado.

Experts in the area recommended that strengthening irrigation development for the better benefit of farmers in the sector paves the way for them to export their produce on their own enable the country to make the most of its avocado potentials.