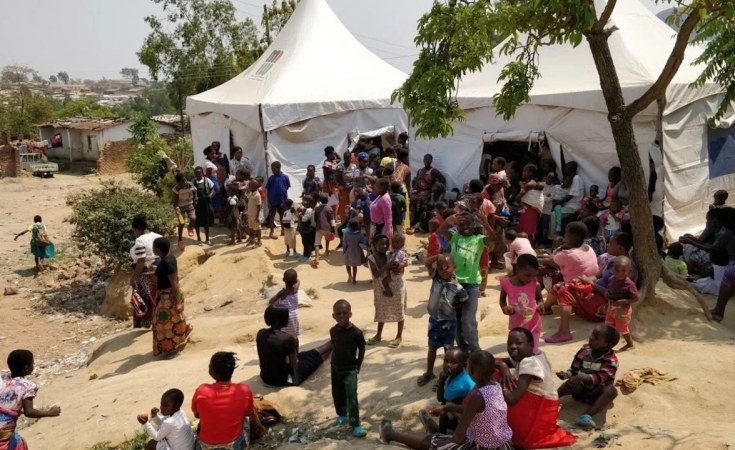 A single dose of typhoid conjugate vaccine (TCV) is safe and 84 percent effective in protecting against typhoid in Malawi, a recent study has found, raising hopes that thousands of children who die from the disease each year can be saved.

The study, carried out in Blantyre, Malawi's commercial hub, involved vaccinating some 28,000 healthy children aged nine months and 15 years, making it the biggest of its kind to ever be conducted in the city.

"TCV will minimise chances of under-diagnosing typhoid at the primary health care level and avoid unnecessary complications and death as it (typhoid) can easily be mistaken for malaria," said Director of Health Services for Blantyre Dr Gift Kawalazira during a press conference.

Although typhoid fever, a preventable disease, has been an important public health issue across the African continent for about a decade - with an estimated 1.2 million cases and 19,000 deaths each year - previous typhoid vaccines were not widely used, largely due to age restrictions and the need for repeated doses.

The lead researcher in the trial, Professor Melita Gordon, Malawi-Liverpool Wellcome Trust principal investigator, stressed the need for Malawi to adopt the vaccine.

"Our only real option to controlling these new resistant strains of typhoid in a timely way is through the vaccine. TCV efficacy data is the first from Africa and offers great promise for the control of this deadly disease across the continent," Gordon explained.

Malawi registeres around 400 or 500 cases per 100,000 per year and "anything over 200 is considered a high-incidence country," she said, adding that Burkina Faso, Ghana and Kenya have carried out similar studies and many other African countries are equally burdened by the disease.

"Malawi and the rest of Africa needed this vaccine yesterday, and we are thrilled to have a safe effective vaccine now," said Dube.

However, some health experts argue that people could be wary over the new typhoid vaccine, as was the case with Covid-19 vaccines, where about 20,000 doses were incinerated after they expired.

Malawi health rights activist George Jobe said some Malawians were making negative comments about vaccines because of a lack of public health information.

Jobe - who is also head of the Malawi Health Equity Network (MHEN) - said the ministry should transmit information on the efficacy of all sorts of vaccines to shun negative comments.

"We must make sure we help people understand the effectiveness of these vaccines to avoid misconceptions, and people will be able to vaccinate in large numbers," said Jobe, Malawi Health Equity Network executive director.

Typhoid remains one of the major causes of death and disability. If more infants and young children are "massively vaccinated" it is likely to drive the greatest improvements in the fight against global burden of the disease, according to US medical journalThe Lancet, in an infectious diseases study published in 2017.

World Health Organization (WHO) recommended that all typhoid fever vaccination programmes should be rolled out in the context of other efforts to control the disease, including health education, water quality and sanitation improvements, and training of health personnel.

This study is part of the Typhoid Vaccine Acceleration Consortium (TyVAC), funded by the Bill and Melinda Gates Foundation. The new vaccine against typhoid has been approved by the World Health Organization (WHO) .