Nigeria: In NE Nigeria, Cuts to Food Rations Loom As UN Agency Runs Out of Cash 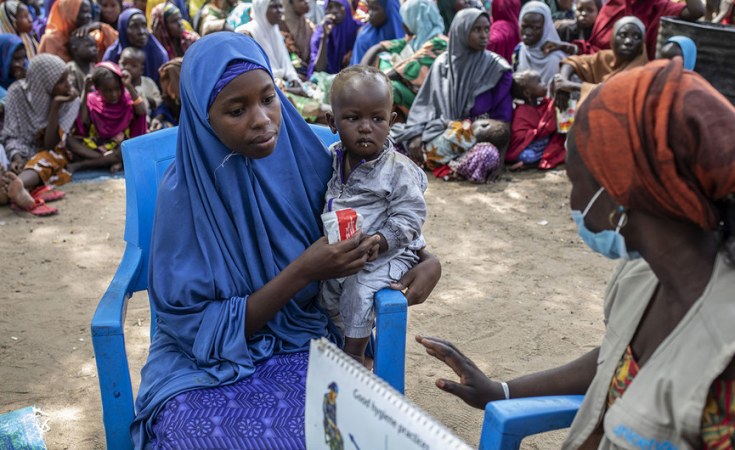 Geneva — The World Food Program warns it will be forced to cut food rations for half-a-million people suffering from acute hunger in northeast Nigeria unless it receives urgently needed funding.

Millions of people in Nigeria's crisis-ridden Borno, Yobe and Adamawa states are suffering from years of conflict and insecurity and the socio-economic fallout from COVID-19.

The WFP says 4.4 million people are facing acute hunger. It warns it will have to start cutting food rations for half-a-million men, women, and children in a matter of weeks unless it gets an immediate infusion of $55 million.

WFP spokesman Tomson Phiri says hunger is peaking now as the country emerges from the so-called lean season. That is the period between June and August when food stocks are at their lowest.

He says attacks by armed groups are heightening insecurity in the region and discouraging people from working their land.

"The states in the north are largely agrarian in nature. They rely on agriculture to survive and when you have insecurity, they are unable to farm. They are unable to rear livestock. And this is sort of fueling the food insecurity situation," he said.

Phiri siaid the WFP is providing food assistance to 1.9 million Nigerians. He said 800,000 of them are facing food emergency levels that are just one step from famine.

"Although famine has not been confirmed, the suffering of the people is quite immense. We are concerned as the World Food Program as over one million children are malnourished in the northeast and... a lot of people have been displaced. These are people who have been displaced multiple times. So, people are really, really knocking on the door of starvation," Phiri said.

To sustain its humanitarian lifesaving operations in northeast Nigeria until March, the WFP urgently requires $197 million. As of now, WFP officials say they only have received $6 million.

Previous Story
Displaced in Northeast Are 'Knocking On Door of Starvation' - WFP
Next Story
North-East Humanitarian Crisis is Among the World's Most Challenging - U.S.

Displaced in Northeast Are 'Knocking On Door of Starvation' - WFP

North-East Humanitarian Crisis is Among the World's Most Challenging - U.S.