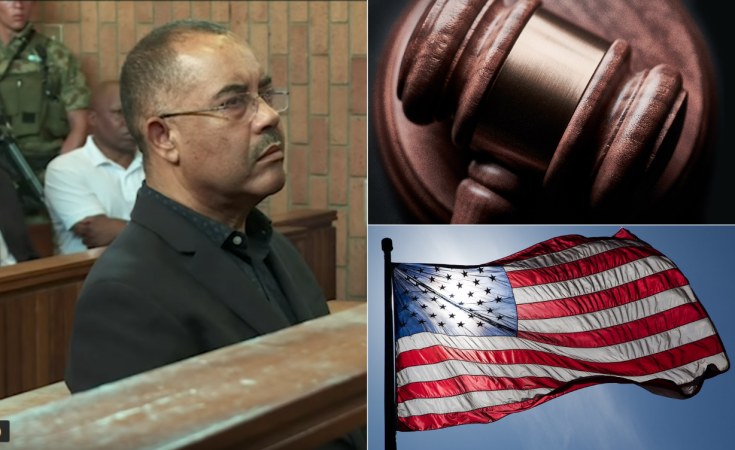 These three companies are at the heart of the scandal of Mozambique's "hidden debts". Using illicit loan guarantees issued by the former government, headed by President Armando Guebuza, the companies, in 2013 and 2104, obtained over two billion dollars in loans from the banks Credit Suisse and VTB of Russia. Rosario became chairperson of the board of all three companies.

He, and 18 others, are currently on trial before the Maputo City Court, facing charges of crimes such as embezzlement and money laundering.

On Thursday, the 30th day of the trial, prosecutor Sheila Marrengula pointed out that the three companies had generated no significant income. Up to early 2017, Proindicus had made no money at all, Ematum had sold 14,000 dollars' worth of fish, and MAM had earned 25,000 dollars in transport revenue.

"The three companies caused the Mozambican state debts of over two billion dollars, but produced just 39,000 dollars in revenue. Do you have any plausible explanation for this total failure?", Marrengula asked Rosario.

The figures Marrengula cited come from the independent audit of the three companies carried out by the company Kroll in 2017. Rosario regards Kroll as an instrument of western espionage against Mozambique, and has repeatedly accused the Attorney-General's Office of being in league with "foreign spies" for hiring Kroll.

Rosario contested the figures and claimed that the three companies are operational, and "they are useful for the defence and security forces".

But in reality they are being liquidated. At the request of the PGR, the City Court ordered the dissolution of the companies in 2020. The technical reason for the request was that the liquidity of the three companies has fallen below 50 per cent of their nominal share capital.

Rosario claimed that an earlier audit, by the company Ernst & Young, gave a completely different picture of Ematum. But he could not produce these figures. Judge Efigenio Baptisa suggested that Rosario instruct his lawyer. Alexandre Chivale, to bring in the Ernst & Young audit report and add it to the court record,

Since Chivale had brought documents relevant to the case back from Lebanon, the judge added, it should not be too much of a problem to obtain a report from a company office in Maputo.

Rosario claimed that, if Proindicus had been allowed to operate, "it would have stopped the terrorism in Cabo Delgado". Instead "Proindicus was sabotaged by the government. There are people in the government who didn't want Proindicus to work. If it worked, it would have undermined their backdoor deals", he accused.

Baptista demanded that Rosario produce some evidence for his claims, rather than merely attacking the government or Kroll. After all, Kroll had audited the three companies, and Rosario proved unable to present alternative figure. "You have to prove what you say!", insisted the judge.

From this fulsome praise, no-one could guess that Chang is wanted in both Mozambique and the United States on fraud charges arising out of the hidden debts.

Rosario alleged that the "hidden debts" only exist because of the current government. The debts started out as commercial debts of the three companies, and it was the government that converted them into sovereign debts owed by the Mozambican state, he claimed. But in the real world, it was the guarantees signed by his hero Chang that converted bank loans into debts. Without the guarantees, the state would owe nothing to the creditors.

During much of Thursday's session, Rosario again resorted to the threadbare excuse of "state security" to avoid answering questions. Asked who had helped him draw up the viability study on MAM, he said they were appointees from the Defence and Interior Ministries and two international consultants, but he could not reveal any of their names on grounds of security.

"I cannot give their names in defence of the soul of Mozambique", he declared.

Baptista noted that throughout his six days of testimony, Rosario never gave the names of people in the Defence Ministry who worked with him, and who might be able to corroborate his claims. Without their names, he said, the court would not be able to call them as witnesses.

One name Rosario was very willing to mention was that of the Coordinator of the Operational Command of the Defence and Security Forces in 2012-2014, the then Defence Minister and current President, Filipe Nyusi. He claimed that all the key decisions involving the three companies were taken by Nyusi - but could not back this up with any written documents at all.

Nyusi was thus converted into some sort of super-minister, but one who did not leave a paper trail. This story fails at the most basic level - for Nyusi did not take decisions in isolation, but was always answerable to the President and Commander-in-Chief, Armando Guebuza.

Interestingly enough, blaming everything on Nyusi is also the strategy followed by the Abu Dhabi based group, Privinvest, which was the sole contractor for Proindicus, Ematum and MAM, and the main beneficiary of the loan money. The Mozambican state is suing Privinvest in London, and Privinvest is trying to call Nyusi as a witness - just as the defence lawyers in Maputo tried, rather half-heartedly, to subpoena Nyusi.

Hidden Debts - the Forgers Are Out to Get Me, Claims Rosario