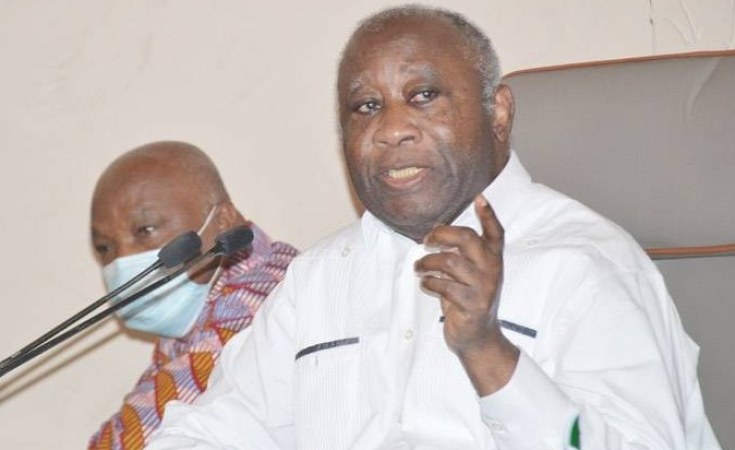 Côte d'Ivoire's ex-president Laurent Gbagbo unveiled his new party on Sunday that he hopes will return him to the presidency after a 10 year absence.

With a decade of exile behind him, this weekend Gbagbo oversaw his new African People's Party's congress as he seeks to "reunite the left" and use the occasion as a springboard to the 2025 presidential election.

Speaking to delagates in what was his first before a large audience since returning to Abidjan in June, Gbago said: "We will resume our journey together," vowing to remain in politics.

"I will be in politics until I die!" he proclaimed to a standing ovation before being elected leader of the new party at the congress, as expected.

"Look at the world and see which are the powerful ones, they are the big countries of size, China, the United States, Russia, Canada," he told his audience.

"As long as we are in micro-states we are nothing. African States unite!" he added, referring to one of the major congress themes -- African sovereignty in the face of Western influence.

The 76-year-old, whose 2000-2011 rule was marked by turbulence and division in the world's biggest cocoa producer, has been highly visible since returning from exile.

Gbagbo was removed from office in April 2011 after a short civil war that claimed 3,000 lives, sparked by his refusal to accept electoral defeat by the incumbent president, Alassane Ouattara.

He was then flown to the International Criminal Court in The Hague to face charges of crimes against humanity resulting from the conflict, but was eventually acquitted.

Previous Story
Next Story
Gbagbo Returns to Politics. What It Means for Côte d'Ivoire

Gbagbo Returns to Politics. What It Means for Côte d'Ivoire