Nigeria's 'Bandits' Are Not 'Unknown Gunmen' - Why the Label Matters 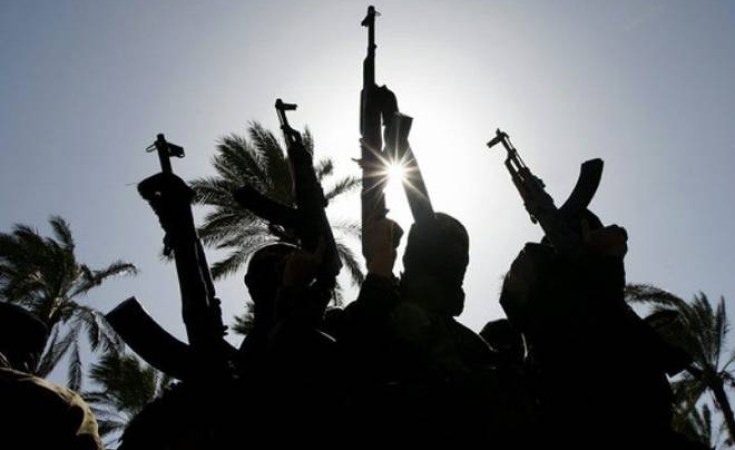 Since 2015, parts of northern Nigeria have witnessed a steady increase in insecurity and violent attacks. Civilians and government security forces have been the victims. Numerous data tracking sources have shown an escalation of incidents since January 2021. But there appears to be a difference between perpetrators' actions and the way they are labelled. Government calls them 'bandits' and 'unknown gunmen'. Others have insisted that a more appropriate description would be 'terrorists'. Adejuwon Soyinka, West Africa regional editor at The Conversation Africa, asks Sallek Yaks Musa, a security and civil-military relations expert, to explain what might underlie the terminology used and how mistrust in the military hinders a solution.

Who are the attackers?

In the past few years, the identity of these groups was largely unclear. But the elevation of attacks and the atrocities they commit has created a pattern.

Survivors, eyewitnesses and security sector sources have singled out Fulani herdsmen who speak the commonly known Fulfulde dialect in the north-west and north-central regions in Nigeria as the major perpetrators. These sources further indicated an increasing collaboration between this group and other foreign Fulani who speak a different Fulfulde with an accent considered to be of French origin. This points to a possible ideological goal.

A common atrocity is the invasion of communities, destroying houses, property and crops. The motive appears to be to displace people and occupy their arable lands.

To finance their operations, bandits have been kidnapping civilians for ransom. Since January 2021, no fewer than 10 incidents of abduction of school children involving over 1,000 students have occurred. Improvised vehicle checkpoints have been used to abduct commuters and many rural communities have been invaded solely for abduction and looting.

On 24 August, bandits attacked the Nigerian Defence Academy, killing two officers and abducting another. This points to the strength and capacity of the groups. It also means the violence is assuming an insurgent nature.

The perpetrators freely operate a quasi-government, imposing levies on communities and demanding money as a condition for civilians to access their farms and communities.

The military appears unable to counter the threats or conduct significant rescue efforts. Recent attempts relied heavily on aerial bombardment, which tends to lack precision. This has resulted in civilian casualties and has failed to produce significant results.

Shutting down telecommunication services has not helped much. The recent release of the abducted students of Bethel Baptist School was facilitated by ransom.

What is their relationship with Boko Haram?

Anecdotal accounts indicate a growing relationship between the bandits and the violent extremist organisations in the north-east. Official communication within government agencies indicates that Boko Haram is training and equipping bandits.

The late Boko Haram leader also indicated the relationship between his group and the bandits in the north-west and north-central region. Bandit groups, however, have not said much about the alleged relationship with violent extremist organisations.

In April 2021, the Boko Haram flag was reportedly hoisted in Niger State, which is bordered by the nation's capital city, Abuja, to symbolise they had captured the area. The group responsible for this has yet to be confirmed, but high levels of banditry are experienced in parts of Niger State, including attacks on government forces and installations.

The attacks have become a trend in the north-west and north-central region. Military operations have failed to prevent the attacks and violence against civilian communities.

Why is the government reluctant to designate bandits as terrorists?

The atrocities and motivation of the bandits have assumed an insurgent-type criminality. But the government is reluctant to label the groups as terrorists or insurgents.

President Muhammadu Buhari has been accused of sympathising with the perpetrators, who appear to be of his ethnic affiliation. He has been accused of emboldening the groups over his quest to reclaim and reestablish grazing routes despite the open rejection of open grazing by half of Nigeria's 36 state governors.

Critics argue that his lopsided appointments of mostly northerners like himself, against the constitutional federal character principle, explain his failure to take a tough stance against the attacks on Nigerians by the Fulani.

The Niger, Kogi, Kaduna and Imo state governors have said that political elites sponsor banditry. Some bandit leaders operating in Kaduna and Niger states, which are among the most affected states, have made the same claims, though they are yet to be substantiated.

What are the likely consequences?

North-west and north-central Nigeria are facing what amounts to an insurgency. The government can prevent this from assuming the magnitude of the violent extremism experienced in the north-east.

The first step is to call bandits terrorists. This is necessary to ensure that the requisite level of force, tactical and operational assets and resources are deployed against the groups. This has constrained the activities of Boko Haram, but strong institutional action is required to sanction perpetrators.

The military's air raids have yielded insignificant results because they lack coordinated support from ground troops. Increased collaboration within the military and with partner security agencies including the police and intelligence agencies is key to winning the battle against bandits.