Nigeria: Bloodbath in Sokoto As Bandits Reportedly Kill Over 30, Injure Many in Weekly Market 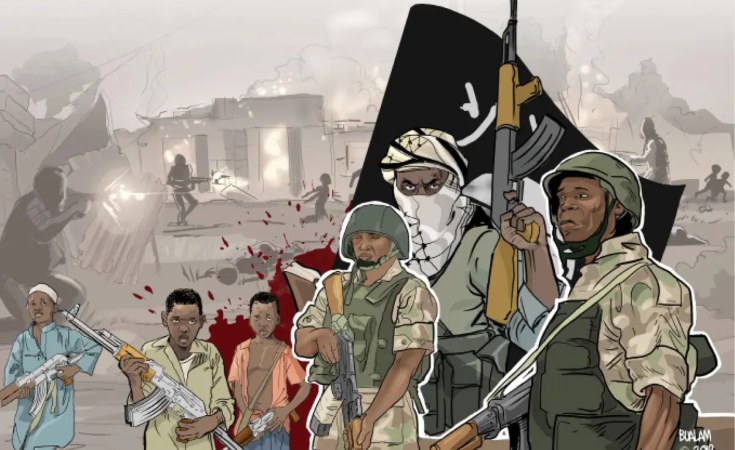 Residents say the bandits circled the market and started shooting sporadically as they pressed in.

It was another bloodbath in Sokoto State Sunday evening as bandits reportedly gunned down at least 30 people and maimed many others during an attack on a weekly market in Goronyo local government area of the state.

Residents told PREMIUM TIMES that the bandits circled the market and started shooting sporadically as they pressed in on people attending the popular market in Goronyo, headquarters of the LGA.

This happened barely 12 days after bandits had killed dozens of people in a similar attack on Unguwar Lalle market in Sabon Birni local government area of the state.

Goronyo, Isa, Sabon Birni and Raba are local government areas in Sokoto State in the frontline of banditry.

To stem the tide of attacks, the state government cut off mobile telecommunications networks and banned the sale of animals in markets in the areas.

A human rights activist in the state, Basharu Guyawa, said the bandits raided the market with a force of about 200 men.

"What we learnt is that over 150 to 200 of them (bandits) on motorcycles rode through the Gundumi forest to Goronyo town. They went straight into the market and started shooting sporadically. They were not selective in their shooting; they obviously came to kill," Mr Guyawa, the Coordinator of Rundunar Adalci, said.

But Mr Guyawa said nobody could ascertain the number of those killed in attack that locals said lasted for several hours.

"The attack was horrendous," Mr Guyawa said, in Hausa.

Bashir Adamu, a retired civil servant from Sabon Birni, said Sunday was a black day for the people of the area.

"It was a black Sunday for us. Over 30 people were killed while more than 20 were seriously wounded," he said.

The police spokeperson in the state, Sanusi Abubakar, did not respond to calls and SMS sent to him on the attack.

Attacks by bandits have increased in Sokoto in recent weeks since the military launched an operation to flush out the terrorists from their forest hideouts in Zamfara State.

PREMIUM TIMES, on Sunday, reported how notorious banditry kingpins have been relocating their operational bases to forests in Sokoto State.

Nigeria's 'Bandits' Are Not 'Unknown Gunmen' - Why the Label Matters

Fear of More Attacks As Another Banditry Kingpin Relocates to Sokoto