Nigeria: Cooking Gas - Nigerians to Resort to Firewood for Cooking As Prices Soar 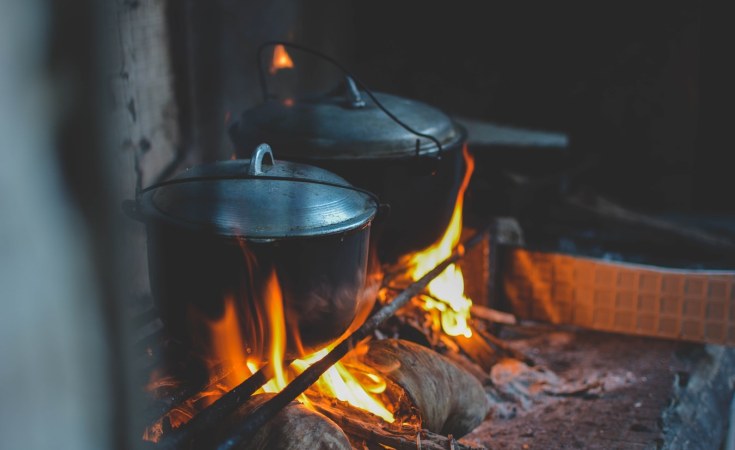 Nigerians groan over the increase in prices of cooking gas and food items.

Some residents of Nigeria's South-east region have said they would resort to firewood and charcoal if prices of cooking gas continue to soar.

The consumers told the News Agency of Nigeria (NAN) in separate interviews that they could no longer cope with the increase in the prices of cooking gas.

They called on the federal government to address the current hike in the price of cooking gas to ease the people's suffering.

NAN's check in some gas plants in Abia, Anambra, Ebonyi, Enugu and Imo states showed that the price of cooking gas had increased by more than 50 per cent.

A manager of one of the gas plants in Awka told NAN that the hike was as a result of the current devaluation of the naira.

"You know gas is refined and imported into the country, therefore, the price is dominated by the dollar. So, the more the naira is devalued, the higher the prices will continue to rise," he said.

Some consumers blamed the government for its inability to control the price of cooking gas in the open market.

Smart Okongi, a resident in Awka, said the continued rise in the price of cooking gas was alarming, and that it was being felt by many Nigerians.

"As a civil servant with no increment in salary, it is now becoming very difficult keeping up with the everyday rise in prices of food stuff, transportation, rent and now cooking gas.

"This development is sad because our country is endowed with natural gas. I also blame the Federal government for its inability to control the price in the open market.

"I appeal to the government to reduce or have a fixed price for cooking gas to alleviate our sufferings," Mr Okongi said.

"The government should come to our aid'

Another resident, Helen Aniaso, a caterer, said the daily rise in price of cooking gas was impacting on her business negatively.

"It is frustrating because every time we go to refill, the price increases. It is affecting my business in terms of productivity and profit.

"We have increased the prices of the food we sell just to meet up, but we are losing customers because many of them cannot afford to pay.

"It is not also cheaper resorting to kerosene, charcoal, or firewood because their prices too have increased.

"The government should come to our aid before our sources of livelihood collapse," she said.

Adolphus Egwu, a businessman in Onitsha, expressed fears that the price of a 12.5kg gas cylinder might increase to N10,000 by December if the government did not act quickly.

"This practice of gas sellers is highly unfair to users, considering the economic situation in the country. Because of this hike, a plate of food rose from about N400 or N500 to N800 or N1,000.

"I appeal to the relevant regulatory agencies to halt this practice by monitoring and checking the excesses of the sellers," he said.

It is a similar situation in all the states in the South-east, as consumers groan over the rising cost of cooking gas.

Some gas dealers in the region blamed the development on the increase in the Value Added Tax (VAT) to the petroleum products, high demand of gas and naira devaluation.

A resident in Umuahia, Abia State, said he now uses charcoal as an alternative to cooking gas because of the high prices of cooking gas.

A financial expert, Timothy Okoroafor, said the inflation rate posed a serious challenge and was largely responsible for increased spending on food items and cooking gas.

"What do you expect when we are only consuming and not producing as a nation?

"The monetary and other fiscal policies of the government do not help matters.

"There is also no price control.

"Our government should come up with some interventions and provide an enabling environment for industries to thrive," Mr Okoroafor said.

'Farmers afraid to go to farm because of fear of attacks'

Jerry Okenwa, who sells food items, said the prices of food would continue to soar because the local production could not meet the ever increasing demand.

According to him, the problem of insecurity in the country, which affected farming, coupled with the border closure, has contributed majorly to the high cost of food items.

Mr Okenwa said: "The farmers are afraid to go to farm because of fear of attacks, so the ones available are not enough for our large population.

"Our local production is not enough, while the border is not open for importation.

"The cost of transportation of the food items has also increased by 100 per cent.

"Since the cost of transporting the items from the north to this place (Abia) has increased, one has to sell according to how one buys, in order to cover cost and make some profit."

Some market men and women in the region, while expressing their grievances, attributed the high increase in the prices of foodstuffs to effects of the COVID-19 pandemic.

Others attributed the hike to the increase in transport fares and the inability of farmers to produce enough food for domestic consumption as a result of insecurity in the country.

Some of the major foodstuffs affected by the price hike, as confirmed by NAN, include rice, beans, tomato, pepper, palm oil, onions, egg, plantain, garri, spaghetti, yam, soup sauces such as Egusi, Ogbono and cocoyam.

Even the prices of bread, table and sachet water, soft drinks and many other edibles have increased.

Joy Ekeh, a petty trader, said the hike in food prices was alarming.

"Two months ago, I bought a bottle of palm oil at the rate of N800 but today I just bought for N1,400, same goes for other commodities.

"Increase in the prices of food items are getting worse by the day and that should not be. The government's agency in charge of price regulation should do something about this," she said.

'The poor will find it hard to feed'

"Not just yam, even the prices of beans and garri have all increased. A cup of Egusi as of August was N120 but now it is sold at the cost of N250 to N300.

"The poor will find it hard to feed if things continue at this rate," she said.

Angus Eleweke, a civil servant, called on the state and federal government to urgently address the situation before things get out of hand.

"We cannot blame the traders, there are a number of factors for food prices inflation.

"One of them is the issue of security. Some of the areas where foods come from have been subjected to banditry and insecurity.

"Farmers, out of fear for their lives, have not been going to the farm. This contributes to the price increases we are witnessing.

"As traders complain, so do buyers. The soaring prices of food items are frustrating many families with limited budgets," Mr Eleweke said.

Agnes Ebeke, a resident in the South-east, described the rise in cooking gas and food prices as "artificial inflation".

In Ebonyi State, residents appealed to the government to address the worsening economic situation in the country.

"A painter of crayfish is sold between N3, 000 and N3, 500 currently. The cost is getting higher gradually," they said.

A civil servant, Amara Ezeoketa, lamented that buying food items at its current price with a salary of less than N50,000 a month was becoming difficult for her and other families as well.

"The increase also affects other items like flour, beverages, soft drinks, toiletries, tailoring materials among others," she said.