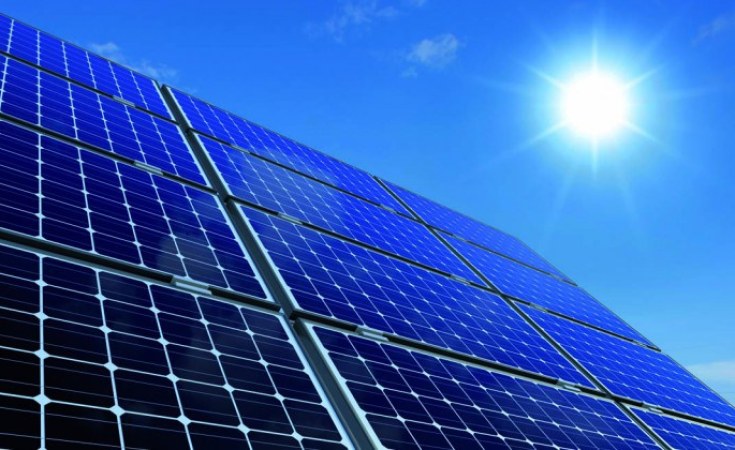 Mumbai — Putting money into solar equipment manufacturing creates 1.5 times as many jobs as the same spending on fossil fuels, while for wind power the figure is 1.2 times, report finds

Investing in clean energy can help economies recover from the slowdown caused by the COVID-19 pandemic as it will add more jobs than backing fossil fuels, researchers said on Monday.

"Green investments can be an important part of recovery packages, lead to job creation and positive economic outcomes, and help address climate change," said a report from the World Resources Institute (WRI), a U.S.-based think-tank.

Yet in a bid to spur growth after millions lost work during coronavirus lockdowns worldwide, governments are spending more on carbon-heavy industries that neither address climate change concerns nor offer stability to workers, it warned.

Analysing more than a dozen studies conducted over the past decade, the WRI report projected that $1 million in green investments would create more near-term jobs than the same amount invested in roads and fossil fuels.

But the quality of jobs created in climate-positive sectors must be protected by ensuring fair wages and working conditions, the report stated, calling on governments to engage with labour unions and employers on the issue.

As the world grapples with rising heat and more extreme weather, as well as an employment squeeze, going green offers the chance to tackle both problems at once, researchers said.

"Investing in climate is not a cost but an economic opportunity," Joel Jaeger, lead author of the WRI report, told the Thomson Reuters Foundation.

The pandemic wiped out about 255 million full-time jobs last year and workers globally lost income totalling about $3.7 trillion, according to the International Labour Organization.

Industries reliant on fossil fuels have garnered $334 billion in government investment compared to $276 billion for renewable energy and public transport, according to data from Energy Policy Tracker cited in the report.

It estimated that Indonesia could add 15.3 million jobs by 2045 and the United States could add 4.5 million jobs per year over 10 years if those countries invested in clean energy and adopted low-carbon growth strategies.

Climate-friendly industries have already offered work and better wages during the pandemic, the report added.

For example, electric-vehicle manufacturing in China has attracted people due to higher pay, and in Pakistan, a state investment of $135 million in tree planting and forest protection created 85,000 daily wage jobs in the last year.

More broadly, investing in solar-photovoltaic equipment manufacturing creates 1.5 times as many jobs as the same amount spent on fossil fuel production, while for wind power the figure is 1.2 times, showed the studies analysed by WRI.

The renewable energy sector has created a rising number of jobs in recent years, at 11.5 million in 2019 up from 11 million the previous year, according to the International Renewable Energy Agency, which promotes clean energy and technologies.

Installing solar panels or retrofitting a building to make it more energy efficient are labour-intensive activities that have the potential to create more jobs, researcher Jaeger said.

Communities and workers dependent on fossil fuels should be re-trained and offered alternative ways to make a living as the world shifts to clean energy while ensuring the quality of jobs created in renewable energy, the report urged.

"We need to avoid a race to the bottom where the falling costs of green technologies are achieved by cutting wages, job security or working conditions," the report said.

Backers say the shift from coal, gas and oil to green energy will create millions of new jobs, making up for those lost in dirty sectors.

But the transition faces political hurdles as well as opposition from people whose livelihoods depend on fossil-fuel mining and extraction.

Researchers studying coal-dependent communities globally warned the change would be neither quick nor easy.

"More and more studies show there will be more jobs in renewable and clean energy - but they won't go to the same people who will lose jobs in fossil fuels," said Sandeep Pai of the Washington-based Center for Strategic and International Studies.

The new jobs will not necessarily be created in the same geographic locations and some of them - such as manufacturing solar panels - may not provide high-skilled, permanent work.

"As countries decarbonise, there will be winners - more jobs for people, healthier air and water - but (the) losers will be huge," said Pai, calling for an immediate start to efforts to diversify the economies of coal-rich regions.