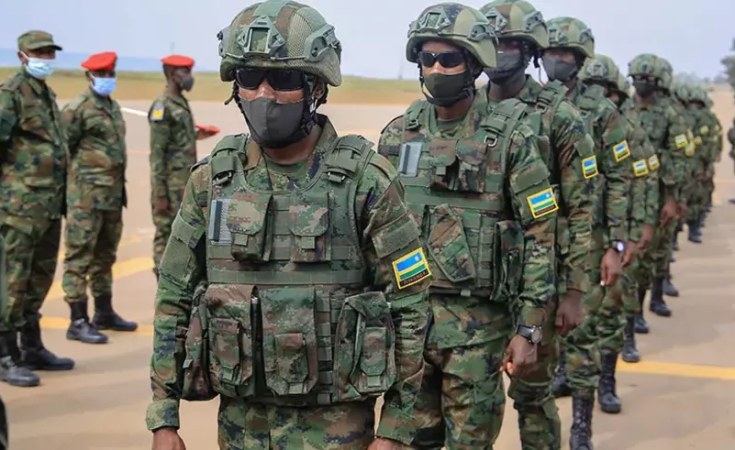 A military commander in the eastern Democratic Republic of Congo said on Monday that elements of the Rwandan army had invaded six villages in the province of North Kivu.

"They were contained by (DRC) armed forces ... until the arrival of reinforcements, they turned back. We recovered a weapon and there was also looting," said Col Ndjike Kaiko Guillaume, spokesman for the 34th military region and head of military operations in North Kivu.

Col Guillaume added that the incursion was by at least one company of the Rwandan army and the soldiers "fired support weapons and individual weapons".

Rwanda's ambassador in the DRC said there was no evidence that an incursion and looting had occurred. "The fact is very minor around the pursuit of a fraudster. The rest is just buzz from ... fabricated tension", said Vincent Karega from North Kivu.

Congolese army officials said they would refer the matter to an international conference on the Great Lakes region.

"We are all members of the joint verification mechanism. We are going to refer the matter to this mechanism in the near future to find out the motive for this attack," Col Guillaume said.

The DRC and Rwanda have had a tumultuous relationship for years. Laurent Désiré Kabila, president of the DRC between 1997 and 2001 frequently accused Kigali of attacking the DRC.

The successive regime of Joseph Kabila, who was president between 2001-2019, and several United Nations reports said Rwanda invaded eastern DRC for security and economic reasons related to the tantalum deposits.

Since the accession of Félix Tshisekedi to power in January 2019, relations between Rwanda and the DRC have improved significantly. The two countries have even signed several agreements on gold production and exploitation.