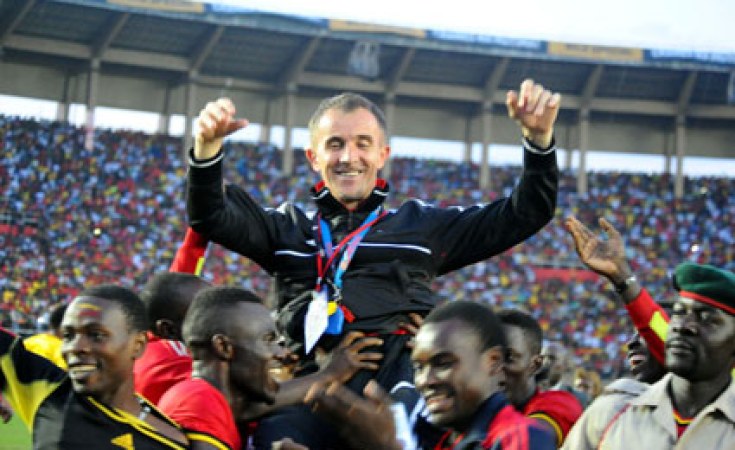 Fufa has given Uganda Cranes coach Milutin "Micho" Sredojevic permission to attend to a private matter in South Africa after he was convicted of sexual assault.

"We have this afternoon received information that the private matter has been concluded for now. The coach will come back to resume his duties accordingly," Fufa wrote in a two-paragraph statement.

Micho was handed a suspended jail term after being convicted on two counts of sexual assault in the Gqeberha Regional Court on Tuesday.

"This afternoon a barista accused Sredojevic of touching her buttocks and making inappropriate sexual remarks towards her during the U-21 Afcon qualifiers in the VIP section of the Wolfson Stadium, where she was working," www.heraldlive.co.za reported.

The Serbian was sentenced to three years imprisonment, suspended for five years. What this means is that Micho should not be found guilty of the similar offence in the next five years - and should this be the case, he will be arrested with immediate effect.

At the time, Micho was the head coach of the Zambian senior national team - and this was a year after he had left South Africa's Orlando Pirates for Zamalek (Egypt).

According to the National Prosecuting Authority (NPA), the sexual assault happened when the woman delivered coffee to Micho and his colleagues at the 2020 Cosafa Cup.

Upon delivering coffee, the victim allegedly asked Micho if he wanted sugar with his coffee but the Serbian mentor said no, before allegedly saying he wanted 'another type of sugar' while pointing at the woman's private parts.

The said woman then laid a complaint to her boss who, in turn, reprimanded Micho and warned him not to do it again.

However, Micho allegedly went further later that day, touching the same woman inappropriately - and that's when the case of sexual assault was opened against the now Uganda head coach.

He was arrested and released on a R10, 000 (Sh76,000) bail. He had been in and out of the court, and on Tuesday, he was found guilty and subsequently slapped with a suspended five-year sentence.