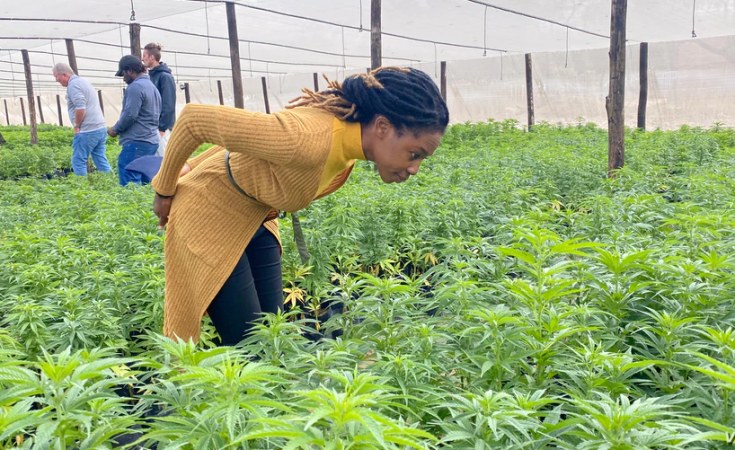 DESPITE their immense contribution to the country's food security, female smallholder farmers in Zimbabwe practicing agroecology (AE), and growing 'women seeds' particularly in rural areas are often discriminated against and not recognised by the government.

In rural areas such as Gutu, Shashe both in Masvingo province and Mutoko in Mashonaland East province, "women seed" custodians make use of AE farming where both natural and traditional methods are utilised in agriculture.

This increases their harvests while at the same time preserving the environment by protecting the ecosystem, which is often disturbed by the application of hazardous chemical farming inputs.

However, female smallholder farmers have pleaded for the government's support as they are often overlooked when officials and other organisations visit their areas to offer agriculture support.

Ndakaitei Ndoorwi (53), a female smallholder organic farmer in Mupata Village, Ward 22 Gutu Central told NewZimbabwe.com recently that even after harvesting high yields, the government has failed to provide a market for "women seeds" despite their high demand in the country.

Ndoorwi has a 3 ½ acre farming land where tills using organic farming methods. Some of the seeds on her land include a wide variety of cowpeas, beans, groundnuts, millet among others.

Most of the small grain crops she grows are drought-resistant and do well in Gutu Central, which is a semi-arid area and farmers have problems growing other cash crops like maize due to low rainfall.

However, Ndoorwi said: "The challenge we face as smallholder farmers is there are no lucrative markets for us to sell our small grains, such markets are reserved for hybrid farmers.

"Our grievance as "women seed" custodians is that we need markets for our small grain produce. We plead with the government to address this issue and give us more platforms to market our produce."

"We rarely get support in terms of seeds and some agriculture inputs from the government. Maybe it's because they assume small grains are not as important as hybrid seeds," she said.

"If the government could assist us with the indigenous seeds, we would be very glad to receive such aid as smallholder organic farmers."

Vongai Mudzingwa (48) also from Shashe who has eight hectares of land with half of that land dedicated to small grains said; "So far the government has not supported us in any way. If it is giving aid to farmers it's the hybrid seed farmers that are prioritised not us 'women seed' custodians".

Ndoorwi, Ducha, and Mudzingwa are also active members of the Zimbabwe Smallholder Organic Farmers Forum (ZIMSOFF), a local farmer organisation that pushes for the practice of agroecology.

AE is sustainable ecological agriculture, which is friendly to the environment and advancement the rights of smallholder organic farmers.

ZIMSOFF cluster coordinator Oliat Mavuramba said they urge their members to use AE farming practices that preserve their environment.

"The methods one uses in farming should always preserve the ecological system because it is the same land that will be used by future generations," he said.

According to ZIMSOFF, its focus is to do farming in harmony with our mother earth as climate change is real but if communities take care of their natural resources they and future generations will benefit.

ZIMSOFF is made up of four regional clusters nationwide. A cluster is made up of smallholder farmers' organisations (SFOs) formed by households within a region. Thousands of women from rural communities are now beneficiaries of the 'women seeds' project.

The organisation is also a member of the East and Southern Africa Small-scale Farmers' Forum (ESAFF) and Africa Women's Collaborative for Health Food Systems.