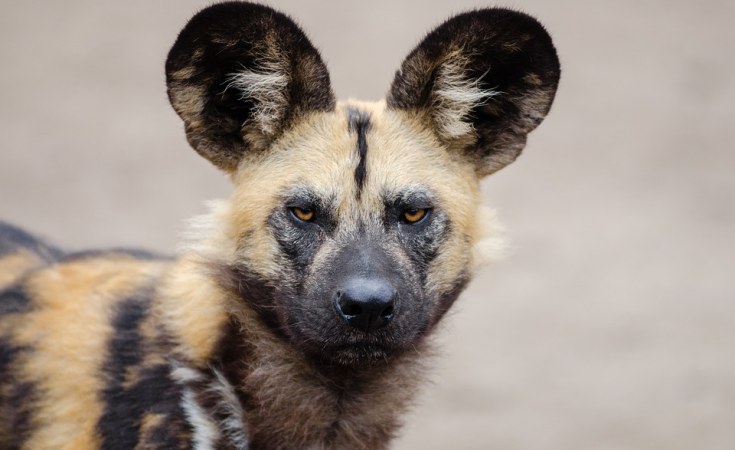 The Endangered Wildlife Trust and Welgevonden Game Reserve have proudly established the world’s first dedicated Wild Dog holding facility, which will temporarily hold Wild Dogs safely whilst they await relocation to their new homes as part of the Wild Dog Range Expansion Project.

The Wild Dog Range Expansion Project, coordinated by the Endangered Wildlife Trust, was established in 1998 to ensure the Endangered species’ ongoing survival by increasing the population size, securing new sites, addressing human-wildlife conflict, and ensuring genetic viability of packs. At the time, African Wild Dogs (Lycaon pictus) were already the country’s most endangered carnivore, and the only viable population remaining was in the Kruger National Park. The aim was to adopt a managed metapopulation framework and introduce the species to feasible protected areas in South Africa, and in doing so, develop a second viable population outside of the Kruger National Park.

By increasing safe space, increased population numbers and pack numbers, and genetic diversity could follow. Today, the project works collaboratively with 16 state, private, and community parks across South Africa, Mozambique, and Malawi and boasts a population of over 300 Wild Dogs across 1,3 million hectares of safe space. The success of this project has presented both opportunities and challenges when the population growth rate sometimes led to reserves surpassing their carrying capacities or where dogs have naturally dispersed in search of new pack members outside of their protected area. In some such cases, the EWT has to find new homes for these dogs, which in turn presents an opportunity to introduce Wild Dogs into areas of southern African where the species has become locally extinct. Before this can be done, the dogs often need to be temporarily housed to allow for the bonding of Wild Dogs from different areas to form a new pack or when waiting for permits and logistics to be planned.

The need for suitable temporary housing for the dogs inspired the Endangered Wildlife Trust and trusted conservation partner, Welgenvonden Game Reserve, to fundraise for, design, and construct a state-of-the-art Wild Dog holding facility that meets very specific criteria: a remote area with little or no noise pollution; proximity to an airstrip and international airport; experienced wildlife veterinarians in the area; no Lions, elephant, or other Wild Dogs nearby and, most importantly, a site owned or managed by a trusted partner. Meeting all these criteria and being passionate about conservation, the Welgevonden Game Reserve in the Waterberg was identified as the optimal site for the holding facility.

“Welgevonden is currently unable to provide sanctuary in the wild to these Endangered carnivores due to ecological constraints. Our partnership with EWT, and the ability to provide the space to build the Wild Dog Holding Facility, presented us with an innovative opportunity to contribute to the conservation of this enigmatic species,” says André Burger – Welgevonden Game Reserve CEO.

The holding facility is split into two identical sections, each including a drinking trough and separate splash pool for the dogs to keep cool in, both with underground supply and drains for cleaning, an underground artificial den, feeding compartment, gates that can be operated from outside the holding facility, and canvas sheeting to conceal monitors and researchers to minimise stress for dogs in the boma. A carefully designed viewing hide, made from an upcycled container with soundproofing, benches, and hinged door, allows for excellent viewing, monitoring, and research opportunities from its position on top of another larger upcycled insulated container that houses the first-ever Wild Dog mini-clinic. The clinic is complete with a surgery table, holding cages, a fridge, basic veterinary equipment, and washing up and ablution facilities. The facility is powered by a solar system that also powers four live-stream cameras installed in the holding facility that allows for 24-hour remote monitoring.

With the support from Painted Dog Conservation Inc., the Endangered Wildlife Trust purchased a vehicle that is specifically dedicated to the monitoring and management of the Wild Dogs in the holding facility. A student is also employed as a dedicated Wild Dog monitor to care for the Wild Dogs and observe and record all information on the behaviour and wellbeing of the dogs in the facility at any given time.

The holding facility has already hosted five male Wild Dogs that dispersed from the Musina Pack and headed north into Zimbabwe. After traversing over 700 km and coming under threat on several occasions, a decision was made to capture them when they returned to South Africa. These five males were bonded with females in the holding facility, and the newly formed pack was then introduced into Liwonde National Park in Malawi.

This holding facility has already contributed significantly to Wild Dog conservation and will continue to play a critical role in conserving this Endangered species. Thank you to the invaluable contributors and supporters for making this possible.