Africa: Can Africa Exploit its Energy Reserves and Be Part of the Solution to Climate Crisis? 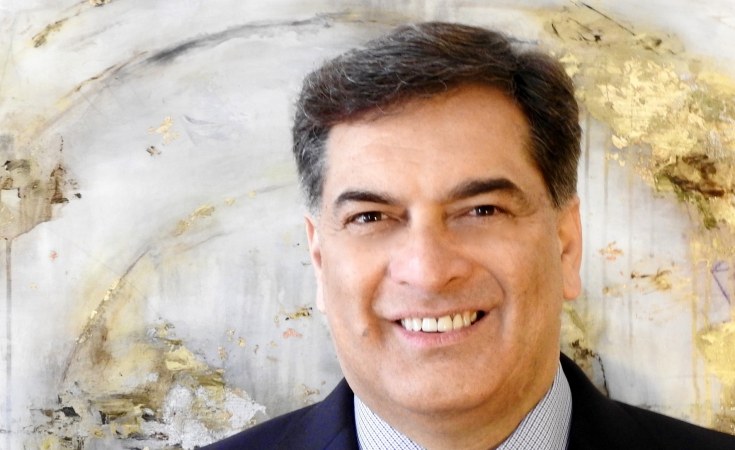 New York — In the lead-up to the 26th global conference on climate next week in Glasgow, Scotland, nations, scientists and climate activists have begun to discuss the role of low-income countries in reducing fossil fuel emissions. Many regard the meeting, hosted by the UK in partnership with Italy, as the last chance to forge policies to rescue the earth from catastrophic global warming.The evidence of a climate crisis is evident already in extreme weather events such as floods and droughts. Africa is among the most-affected regions, with the most urgent immediate needs for solutions, including adaptation. The island nation of Madagascar – one of the world's poorest countries – is suffering severe famine, which scientists are calling the first mass hunger event attributed entirely to changing climate. At the same time, Africa has energy poverty, which adds to the challenge of combating hunger, creating jobs and achieving economic development. There is vigorous debate about what sacrifices African nations should make to lower emissions, when they account for such a small share of them.

Paul Hinks, CEO of Symbion Power, represents the view that African countries cannot be expected to leave energy resources in the ground. He explains in a series of questions and answers.

Why is there a resistance from African leaders to the large-scale deployment of renewable energy in Africa?

There isn't!  The perceived "resistance" is concern at the assumption that Africa can unlock its economic potential by using only renewables. This is a totally unrealistic goal in the next eight years, as we all try to meet the 2030 deadlines for the UN Sustainable Development Goals. That approach would drastically constrain economic development and sustain poverty.

But Africa has a lot of sunshine as well as areas where there is abundant wind, so why can't these natural resources provide Africa with all the power it needs?

In most African countries, the fundamental problem is that there is already a shortage of what is known as baseload generation capacity. The "baseload" is the amount of generation that is needed all the time to supply a country's demand for electricity.

Before we start thinking about using solar and wind, which are known as VREs – or Variable Renewable Energy sources – we must first satisfy the nation's baseload.  Solar and wind power sources depend on adequate levels of each. VREs can replace other forms of generation, such as natural gas and coal, but when sunshine and wind are not sustained, another type of power source must satisfy the demand. Those  power plants are the baseload generating stations.

Yes, there are, but their existence is highly dependent on the availability of renewable fuel sources. Historically, large hydropower schemes have provided baseload capacity in many African countries, but during the past 25 or so years many of them have suffered from drought and low water levels in dams, curtailing power plant operations and limiting manufacturing and lighting all over the continent.

Geothermal power is another form of baseload that is technically a form of renewable energy, because it uses continuously produced steam found in the sub-surface of the earth. Kenya has capitalized on its geothermal resources in the Great Rift Valley. With a mix of hydro and geothermal power, augmented by solar and wind, it has the potential to achieve electrification using 100% renewable energy sources.

But very few countries in Africa have this luxury. Their baseload options are limited to hydro, coal, gas, peat, nuclear, heavy fuel oil, and diesel. Only one of which, hydro, is renewable.

Nuclear power, whilst not being renewable, is a zero-emission, clean energy source, and it is the most efficient type of power available. Despite exaggerated fears about nuclear accidents, several African countries are considering whether they are a good option. Rwanda is establishing a Centre for Nuclear Science and Technology. A number of countries outside Africa are developing Small Modular Reactors, which are much smaller than conventional  nuclear power plants.

Another future energy source made from renewables is Green Hydrogen. Some African countries are studying this, too. To its credit, Namibia, wants to create a Green Hydrogen hub for Africa. But whilst deployment of green hydrogen is taking off in some developed countries, it is still an economic challenge to implement in Africa.

Does this mean Africa can't deliver power to its population without using dirty fuels?

If they do not have resources for geothermal power like Kenya, Ethiopia and Tanzania, and hydropower cannot be relied upon due to reduced rainfall, what else can they do? Nuclear energy will face opposition from the international community. So African countries are stuck with high-cost, dirty liquid fuel imports, or the coal and gas which is available in an abundance. Pushing African nations to build solar and wind before there is a satisfactory baseload, by denying funding for coal and gas power plants, is going to end in tears.

What, then, is the solution?

There must be an energy mix that does not exclude fossil fuels as a resource in the near term. Priority number one is to address the current and projected baseload in each country. Africa needs electricity to unlock its economic potential and to lift its people out of poverty.

The international community cannot continue to get in the way of that by not providing financing for fossil fuel baseload power. By doing this we are holding back the development of an entire continent because of our own short-sighted aspiration of reducing emissions in a region that is among the lowest producers of atmospheric pollution.

We do need to strive to deploy more renewable energy. But we need to stop using Africa as the site for a giant human experiment, founded on the flawed belief that Africa will quickly become a renewable-energy case study.

Is there anything new that can help reduce Africa's reliance on fossil fuels?

The race is on to provide the efficient storage of power using batteries, thermal storage, and pumped storage schemes so that VREs eventually become the baseload power generators. But these developments are still fairly new. Electricity tariffs for off-gridsolar and wind are still far too expensive, and rural customers pay two to three times more for electricity than people in urban areas who are supplied by national utilities and have more disposable income. Put bluntly, the most expensive power in the country - which is off-grid – is being sold to the poorest people.

Something new that our own company is deploying in Africa, to help with inadequate baseload, is the large-scale installation of a new mini-hydro system called MyHydro, which makes use of an innovation from Natel Energy, a San Francisco based company. Their proprietary technology requires a low head of water, converting the flow into continuous electrical power. Low-cost electricity can be produced around the clock from small rapids in rivers that have a perennial flow.

The use of Small Modular Nuclear Reactors should be given due consideration and not just cast aside.

What should the message be to the delegates at COP 26?

Focus attention on the carbon-emitting industrialized nations who have been profoundly polluting the world since the 18th century and allow Africa and Africans to flourish and prosper. Figure out how there can be exceptions made to fund construction of a limited number of fossil fuel power plants in Africa that will provide low-cost baseload electricity. By not doing this, you are ruining the dreams of 1.4 billion people.

A few new baseload fossil fuel plants are not going to make a measurable difference to the very real and potentially catastrophic effects of climate change that is being caused almost entirely by rich countries.

Paul Hinks is the Founder and Chief Executive Officer of Symbion Power, one of the largest United States-based investors in Africa's power sector, participating in 1,378 MW of installed generating capacity in Nigeria, Tanzania, Rwanda, Kenya and Madagascar. He chairs Invest Africa in the United States, and is former chair and a board member of the Corporate Council on Africa. With the launch of MyHydro, he aims to realize a life-long vision to bring affordable, sustainable power to some of Africa's most rural regions.