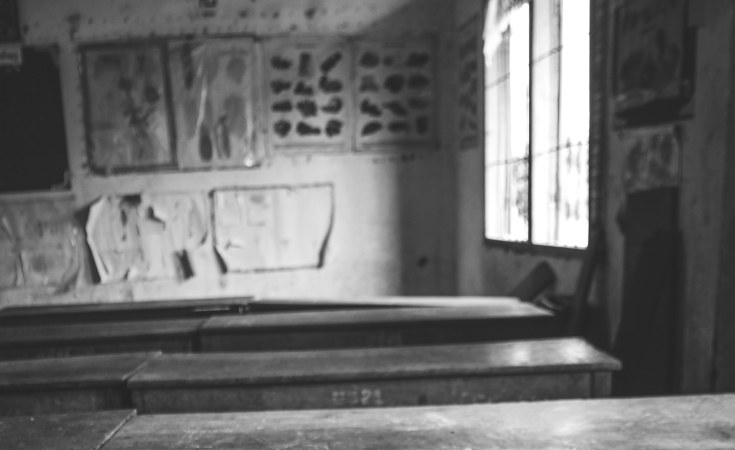 Kaduna — The Kaduna state government said a total of 343 people were killed, while 830 others were abducted by bandits between July and September 2021.

The Commissioner of Internal Security and Home Affairs, Mr. Samuel Aruwan, disclosed this while presenting the Third Quarter Security report to Governor Nasir El-Rufai on Wednesday at the Government House, Kaduna.

He also said 69 of the bandits were "neutralised" during the period under review.

He lamented that the activities of bandits are crippling rural economy and a threat to education as many schools are under threat by the criminals.

In the last two quarters between January to June, a total of 545 people were killed while 1,723 others were abducted by bandits.

Aruwan said in the latest report, the Southern Kaduna Senatorial district recorded the highest number of death with 193 while Kaduna Central and Kaduna North Senatorial Districts recorded 130 and 20 deaths respectively.

He said, "From July to September 2021, a total of 343 persons died due to banditry, communal clashes, violent attacks, and reprisals", adding that, 50 of the victims were women and 22 were minors.

The commissioner said the high number of deaths in Southern Kaduna "is largely made up of victims of violent attacks and reprisals in Zangon Kataf, Kaura and Kauru Local Government Areas."

According to him, "These areas witnessed series of clashes early in the year, which spiraled into a succession of increasingly deadly communal and inter-ethnic attacks across the three LGAs... "

The commissioner said, of the 830 people kidnapped in the third quarter, 732 people were abducted in Kaduna Central Senatorial District, with many of the kidnappings

"The Northern Senatorial District recorded 47 kidnapped persons, with 16 of these from Zaria LGA

"In total, 222 women, and 179 minors were kidnapped in the third quarter across the

The commissioner also disclosed that 77 farms were destroyed across the state.

"Various reports were received of farms destroyed by roving cattle in the third quarter...

"In the third quarter of 2021, there were 77 reports received, relating to destruction of crops across the state, notably in Birnin Gwari, Igabi, Giwa, Chikun, Kachia, Kaura, Kauru and Zangon Kataf LGAs. The actual figure could be higher, taking unreported

Aruwan noted that such destruction of crops has exacerbated the tensions in frontline LGAs, many often resulting in violence.

He however said, the state government was working on a template to manage the phenomenon.

He lamented that banditry has hampered farming activities in the frontline areas of the state as the criminals continue to attack and abduct farmers working on or on their way to their farms.

Aruwan said, several farmers have been killed adding that the bandits extort protection levies from some communities in return for permission to cultivate their fields.

According to him, "Many farmers in these areas, fearing for their lives and safety, have abandoned their

fields altogether with an attendant negative impact on crop yields.

The commissioner said the further that primary, secondary, and tertiary institutions in the state remain under threat from bandits adding that "teaching and learning activities in frontline areas have been severely hampered."

He said the health sector has also been affected as hospitals and other health facilities in frontline locations are equally under grave threat from bandits.

"Staff of hospitals and health centres have been killed, kidnapped and injured by armed bandits during these attacks, and this constitutes a danger to healthcare service delivery in frontline areas", Aruwan said.

He lamented that the economy of rural communities is "near-total collapse", as bandits dispossessed residents of their foremost means of sustenance and "disrupted the operation of the usually dynamic weekly markets."

The commissioner said the activities of bandits have lowered the potential for social cohesion and interaction across the state, creating a reluctance to travel or conduct socio- economic activities to their fullest extent; security considerations assume the

affecting the state in the third quarter.

He said the government frowns at the actions of individuals, groups and political actors who incite citizens to arm themselves.

"The rhetoric of self-help is dangerously misunderstood; it is a recipe for descent into anarchy. Individuals who perpetrate violent attacks are very often not around when retributive actions are taken by the victims, and so citizens who are perceived to share ethnicity or religion with the attackers are then targeted in reprisal", the commissioner said.

Receiving the report, Governor Nasir El-Rufai expressed sympathy with all those who have suffered pains and sorrow arising from insecurity, "despite our sincere and consistent efforts and investments of hard-earned resources."

He disclosed that in 2017, the state government wrote letters to the federal government, requesting that bandits be declared as terrorists.

El-Rufai who said the state government aligned itself with the resent resolution of the National Assembly on bandits, noting that it is only when they are declared as terrorists that it will allow the Nigerian military to attack and kill the bandits without any major consequences in international law.

"We in the Kaduna State Government, have always aligned with the declaration of bandits as insurgents and terrorists.

"We have written letters to the Federal Government since 2017, asking for this declaration because it is the declaration that will allow the Nigerian military to attack and kill these bandits without any major consequences in international law.

"So, we support the resolution by the National Assembly and we are going to follow up with a letter of support, for the Federal Government to declare these bandits and insurgents as terrorists, so that they will be fair game for our military. "This is the view of the Kaduna State Government", he said.

El-Rufai said the state government will soon establish a Farmers/Herdsmen Reconciliation Council in the state while committees will be set up at the Local Government, Chiefdom and Emirate levels.

The governor said many state governments in the North-West and the North-Central have adopted an unconventional approach to help the federal security agencies to better protect communities.

"There is no alternative to launching simultaneous operations.

"I call for a consensus between the Federal Government and the the 36 states on an emergency programme of recruitment into the security agencies.

Government can change the game significantly by hiring 1,000 willing youths from each of the 774 LGAs in the country into the security agencies.

"This will be a surge in numbers that is unprecedented since the civil war. An influx of 774,000 new boots on the ground will be a significant blow against criminals and an employment boost", he said.

He expressed sympathy for all the pains and sorrow insecurity is causing, "despite our sincere and consistent efforts and investments of hard-earned resources."

"I assure you that we are working hard to solve this problem and it is our solemn duty to do so.

"We offer our condolences to the security agencies and the families of the security officers that have been killed while trying to keep our people safe", El-Rufai said