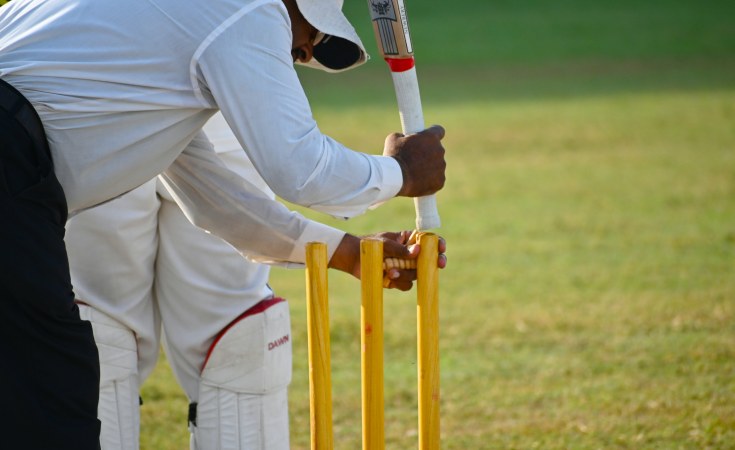 Namibia's cricketers made history with their first-ever world cup win when they beat the Netherlands by six wickets at the T20 World Cup in Abu Dhabi yesterday.

They had to dig deep in a match that went down to the wire, but a brilliant innings by David Wiese, who scored 66 not out, took them to victory, as they reached the target of 166 for four wickets with six balls to spare.

Namibia won the toss and sent the Netherlands in to bat, who got off to a quick start, with Max O' Dowd and Stephan Myburgh putting on 42 off only six overs.

Jan Frylinck dismissed Myburgh for 17, and when Wiese dismissed Roelof van der Merwe for six, they were two down for 55 runs.

Colin Ackerman, however, joined O' Dowd to swing the momentum the Netherlands' way with a 82-run partnership for the third wicket off 10 overs.

Frylinck made the breakthrough, dismissing Ackermann for 35, while O'Dowd was run out for 70 off 56 balls (1x6, 6x4), as the Netherlands reached an imposing total of 164 for four wickets off their 20 overs.

Namibia's batsmen got off to a steady start, but they regularly lost wickets, with Stephen Baard dismissed for 19, and Craig Williams for 11, and when Zane Green was out for 15, Namibia were struggling at 52/3 after eight overs.

Wiese went after the Dutch bowlers, hitting some big boundaries, and with Erasmus keeping the runs flowing, they gradually chipped away at the required run rate.

Wiese's 50 came up with another six off Pieter Seelaar in the 16th over, and when Erasmus was caught behind for 32 off 22 balls the next over, Namibia's total stood at 146/4, needing 19 runs off 18 balls for victory.

Despite the building tension, Wiese and JJ Smit kept the runs flowing, with the latter scoring consecutive fours off Logan van Beek to secure a historic victory for Namibia, as they reached 166/4 with six balls to spare.

Wiese was a deserved winner of the man-of-the-match award after a great knock of 66 not out, which came off 40 balls, and included five sixes and four fours.

Wiese, a former South African national player, who recently switched his allegiance to Namibia, due to his father being born here, yesterday said he was thankful for the opportunity to represent Namibia at the world cup, when he was awarded the man-of-the-match award.

"It means a lot to me to be in a World Cup. To be on the international stage is special, and to put in a big performance for Namibia. I'm glad to get this opportunity to play international cricket," he said.

Erasmus said it was a special moment in Namibia's history.

"This is a special moment in Cricket Namibia's history, with our first win on the World Cup stage. We had to step up on the day and David batted really well . . . We run quite a culture in a small cricketing nation, from the administration to the managerial set-up, so this is a payback for them," he said.