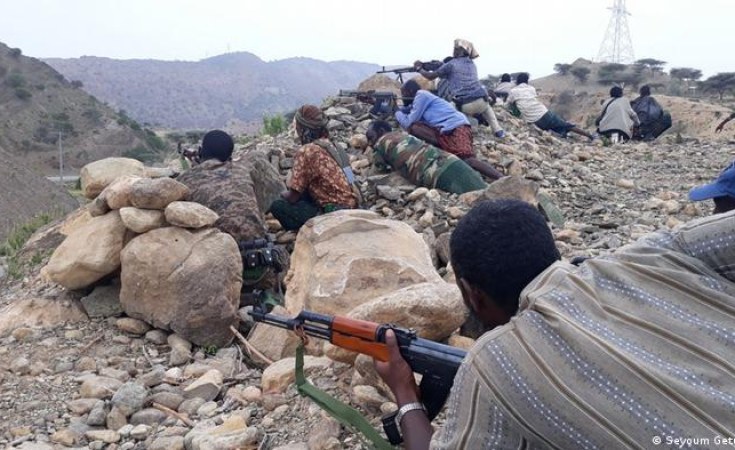 Sources have proven that ENDF yesterday's airstrike was performed with high precision to avoid any civilian casualties. It undertook similar operation on Monday.

It explained that the airstrike on the morning of Wednesday specifically targeted TPLF arms production, manufacturing and armament repair sites. The ENDF's surgical operations are aimed at destroying illegal caches of heavy weaponry and armaments at selected sites that the terrorist organization has turned into military facilities, it was learnt.

In addition to spoiling several peace efforts, the terrorist TPLF abused the ceasefire the government declared on the outset of the major Ethiopian rainy season aimed to let farmers engage in crop cultivation.

The group has invaded neighboring states since then, and massacres hundreds of thousands of innocent civilians in Afar and Amhara regions in places such as Galicoma, Kobo, Chena, Agamsaand Debre Tabor.

Recently, the group shelled indiscriminately and killed 30 civilians in Chifra of Afar state and Wuchale of Amhara state. The terror syndicate also brutally slaughtered hundreds of people in MaiKadra on November 03, 2020.

Later in August, it was widely reported that the group targeted and killed cattle that farmers use for husbandry in Amhara state. Many explained the brute deed of TPLF as it was aimed at creating famine in the region.

Terrorist TPLF has as well destroyed and looted a number of schools, health centers, and other public in Afar and Amhara states following the ceasefire the government of Ethiopia declared.

The Ethiopian Press Agency (EPA) recently obtained reports from eyewitnesses that the terror enterprise's forces burned 13 people to death in Amhara State called Wurgessa locking the people inside a house and using flammable liquid to start the fire.