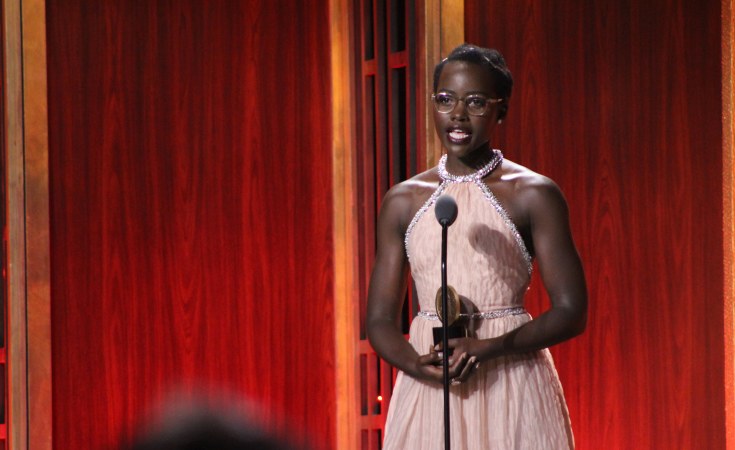 Photo by Stephanie Moreno/Grady College of Journalism and Mass Communications for Peabody Awards/University of Georgia)
Lupita Nyong'o.
The Nation (Nairobi)
By Amina Wako

The athlete's estranged lover and coach, Ibrahim Rotich, was arrested in connection with her death. Keiyo North sub-county DCIO Andolo Munga, in an exclusive interview with the Nation, said detectives had overwhelming evidence against Rotich.

Tirop's untimely demise moved the celebrated actress, who is based in the US.

The award-winning actress further condoled with the family of the 25-year-old athlete.

"Sending my deep condolences, love and strength to her loved ones," Lupita said.

Tirop's body was found lying in a pool of blood inside her bedroom on Wednesday last week, a day after she was reported missing.

Tirop younger sister, Evelyn Jepng'etich, who was living with the athlete, and was with her on Monday night, before she was reported missing, had narrated how she heard a commotion in her sister's bedroom.

"Not once, but on several occasions, my sister was savagely beaten. Even on the day she returned from the Olympic games, that night she did not sleep, but was wailing the entire night because of the beatings. In the morning her face was swollen and bruised," she said.

"My sister had confided in me that Rotich was abusing her, but she opened up too late. On Monday night, I heard a loud commotion in my sister's bedroom before she was discovered dead on Wednesday."

Athletes who know the couple said they had a strained relationship, and that there was domestic violence, which forced Tirop to seek refuge in her training camp. On Monday last week, she agreed to return to her home after a truce was reached.

"She had not been to her home since she returned from Tokyo Olympics. She had been physically abused and fled to her training camp within Iten. She only came back to her home on Monday last week following arbitration by Rotich's friends. She was not seen alive again," claimed an athlete friend of the couple.