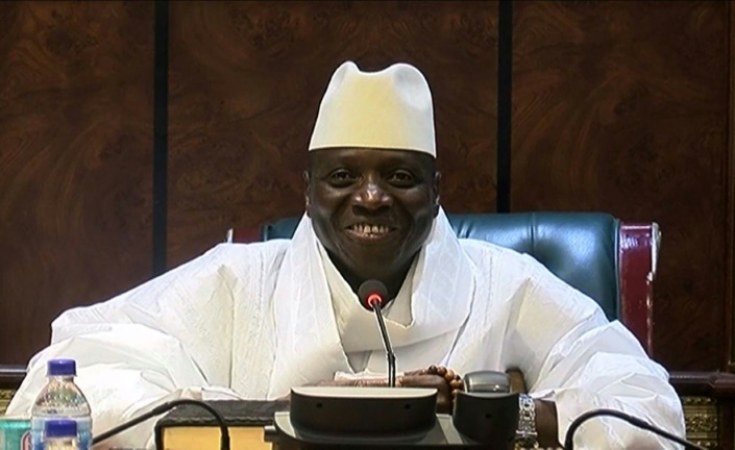 Former President Yahya Jammeh who is in exile in Equatorial Guinea, last week in phone address to APRC supporters urged them to fight and regain and develop the country as it was done under his 22 year rule.

The former dictator stated that development cannot take place in a country that is not secured, saying that where there is no security, there is no peace and people are divided, insulting each other.

"This is unacceptable for the APRC and those who want to join APRC-GANU are welcome. Come and join but insults will not be allowed. The country is sinking faster than the Titanic and we have to save the country. For us to save the country, we need the hands of all people, patriotic Gambians to work together and get rid of what is happening in our country."

Jammeh said he is not tribalist, instead, he is a citizen and his party is not a tribal party. He added that he has seen from his performance that he didn't kick anybody out of office because he is from another tribe.

"I will never be a tribal man, I'm a Muslim and tribalism is Haram in Islam. We're all created by the same Almighty Allah. APRC is a patriotic party and it cannot be a tribal party, so also GANU. Let's work together and make sure that we unite all Gambians for the benefit of the country."

He said people should not take notice of those who don't want to work with him, adding that the supporters should work for the development and peace, security and stability of the country and for the prosperity of all Gambians.

Jammeh continued that the security of lives and properties is sacrosanct, saying it is sacred and it is the country's duty to make sure that peace and security in the country are established.

"Education should be free for everyone in The Gambia. When I was president for 22 years, even the son or daughter of a beggar can go to university because I was there for everybody and I will always be there for everybody. Everything has crumbled. Gambia today is the most dangerous country but we will make it the most peaceful country on earth again, within a week or two."

Tagged:
Copyright © 2021 The Point. All rights reserved. Distributed by AllAfrica Global Media (allAfrica.com). To contact the copyright holder directly for corrections — or for permission to republish or make other authorized use of this material, click here.