South Africa: Naloxone Rollout in City of Tshwane Saves the Life of Opioid User During an Overdose 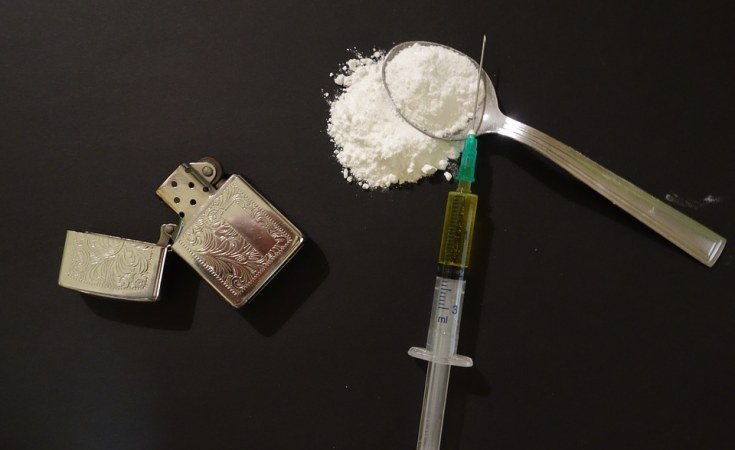 Recently the life of an opioid user in the City of Tshwane was saved by Naloxone following the new rollout of training sessions on how to administer this drug, which is the most effective way of reversing a heroin overdose.

According to a report on opioid overdoses published by the WHO in August, about 500 000 deaths are attributable to drug use with just over 70% of these deaths related to opioids and with more than 30% of those deaths caused by overdose. The report estimates approximately 115 000 people died of opioid overdose in 2017. The Office of National Statistics in the United Kingdom found that 4,561 deaths related to drug poisoning were registered in England and Wales in 2020; the highest number since records began in 1993, and 3.8% higher than in 2019. Deaths related to opiates are driving the figures, with a total of 2,263 drug poisoning deaths registered in 2020 involving opiates (such as heroin and morphine).

Here in South Africa, there is an increasing number of heroin-related overdoses - but these are often not recognised as such, due to the many names that heroin is given. Among these are nyaope, whoonga and sugars - all of which are in fact heroin, but incidents related to these are often not given the attention they deserve due to misinformation or confusion around the active ingredient. The South African Network of People Who Use Drugs has held training sessions for dozens of participants in Tshwane, Durban and Cape Town on the use of Naloxone to deal with over doses and handed them kits to use. Naloxone has saved countless lives worldwide.

Naloxone is a μ-opioid competitive antagonist. It has an affinity for the μ-opioid receptor and works by competing with other relevant drugs for a space on the receptor. Thanks to its ability to compete and control the specific opioid receptors, naloxone can reverse the effects (e.g. respiratory depression) that were caused by heroin (or another opioid) by preventing heroin metabolites from exercising influence on the receptor’s normal functioning. Reversal is a fairly rapid event at the μ-opioid receptor, and partly at the δ-opioid receptor, the main instigators of respiratory depression in heroin/opioid consumption.

For MJ Stowe, a programme coordinator for the South African Network of People Who Use Drugs, the lack of information about heroin, has created limitations when dealing with overdoses. “More information is needed and more people need to know about heroin and its impact. We decided to go ahead with the training sessions about the drug, its active ingredients and how to deal with overdoses across South Africa, with part of this rollout being the distribution of Naloxone kits to our field workers early in September”.

When, during their course of work in the streets on central Pretoria, Koketso Mokubane SANPUD regional representative and Dinah Masumbuka came across an opioid user who was overdosing, the training on how to use their newly acquired Naloxone kits came in handy and saved a life.” Dealing with an overdose at any time is quite traumatic. We came across a person who had not had access to their normal dose of heroin, and when they did use, used twice the amount, which may have led to them going through an overdose. Having recently attended the training session was very helpful. This time we were prepared and also had the medication that we needed to save the life of someone during an overdose, Dinah recounted.

The South African Network of People Who Use Drugs is working to continue the rollout of the training about and use of Naloxone among healthcare workers and people who use drugs in the Tshwane region to combat the escalating opioid overdoses in South Africa along with the increase in intravenous injection as a route of administration of heroin. For the Chief Executive of SANPUD, Angela McBride, it is crucial that these training sessions on the administration of Naloxone as well as making kits available to those who work with people who inject drugs is carried out nationwide. “Healthcare workers and other professions who come into contact with people who inject drugs need to equip themselves with more information about the drug, and the medication that we now know can save a life, McBride.

Training in the administration of Naloxone will continue to be held by SANPUD across South Africa at partner organisations such as the Sediba Hope Clinic in Pretoria, Bellhaven Harm Reduction Centre and Advance Access and Delivery in Durban, and at Chapel Street Clinic in Woodstock, Cape Town. With the easing of lockdown restrictions in terms of movement and travel, training and distribution has been able to be rolled out