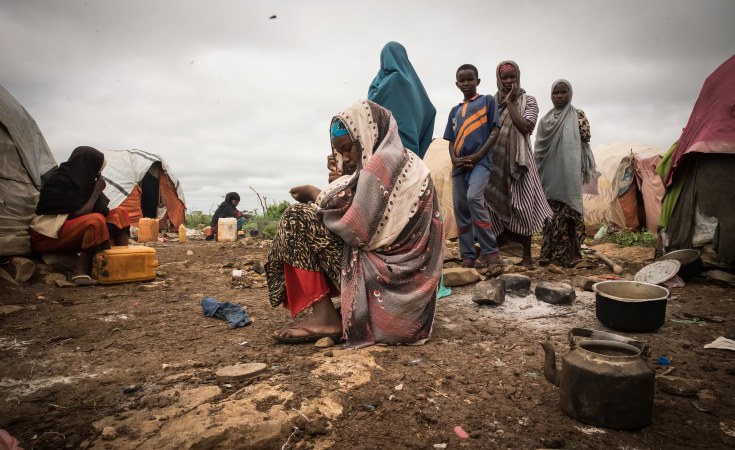 Mogadishu — Somalia's federal government is asking U.N. humanitarian agencies for urgent assistance to counter an ongoing drought and growing food insecurity, mainly in the southern part of the country.

According to the U.N. Office for Coordination of Humanitarian Affairs, more than 5.9 million Somalis need urgent assistance, with 3.5 million of them facing acute food insecurity.

Prime Minister Mohamed Hussein Roble called for urgent assistance for the affected people during an emergency meeting about the situation with some members of his cabinet.

He said his government has decided to step up humanitarian efforts to save the livelihoods of those affected by the worsening drought in Jubbaland state, noting there is a scarcity of water and food. He said he wants to send his appeal to U.N. humanitarian agencies in the country and to international partners as well to also urgently provide help to those affected.

Drought is not the only culprit behind the dire humanitarian situation, says Cindy Isaac OCHA's deputy head of office in Mogadishu.

"The humanitarian situation overall has been impacted not only by the drought but also by the continued threat by the desert locust situation, particularly when you look at the Somaliland and Puntland, and this has been further compounded by the impact of the COVID-19, and as we all know, the political tensions that has been surfaced throughout the year," Isaac said.

According to OCHA, funding for humanitarian aid has dipped to its lowest point in five years. The U.N. agency has appealed for about 1.1 billion dollars to help Somalia, but only half of that figure has been received.