Africa's Gas Bonanza May Be Overtaken By Net-Zero 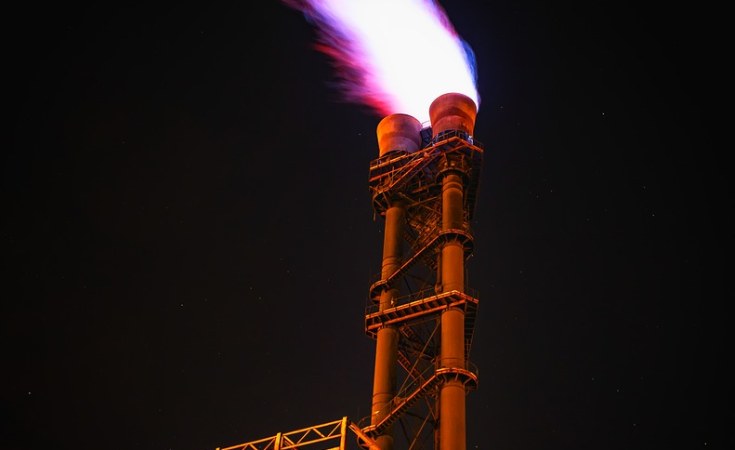 Will COP26 allow a 'just transition' from gas and other fossil fuels?

Have many African countries arrived at the natural gas party just in time for lights out? The global consensus to reach net-zero emissions of greenhouse gases by 2050 has rapidly accelerated, possibly overtaking opportunities for several potential gas producers.

When the United Nations' COP26 climate conference in Glasgow kicks off in a week, the global community will try to agree on drastic measures to restrict global warming to 1.5°C above pre-industrial levels.

Where will that leave the 17 African countries with oil reserves, particularly the 15 with natural gas reserves, worthy of mention by the African Energy Chamber? (Many of these are the same countries, of course.) Gas was expected to be Africa's new hydrocarbon frontier, a bonanza for several new entrants like Mozambique and Tanzania, and a fresh injection of revenue for older energistas like Angola.

But have they arrived too late? Will COP26 turn off the gas before many countries have turned it on?

This was a strong concern expressed at the online Financial Times Africa Summit this week. In the run-up to COP26, global leaders are outdoing themselves with their pledges to attain the elusive 'net-zero'. And to be credible, they are urging their companies to stop investing in carbon-intensive oil and gas projects, as Financial Times energy correspondent Tom Wilson noted.

Gas was expected to be Africa's new hydrocarbon frontier, a bonanza for countries like Mozambique and Tanzania

He also observed that Africa caused only a tiny percentage of emissions, that most of its countries were energy-poor, yet were among the most exposed to the impacts of climate change. 'Those with fossil fuels have not yet maximised the benefits; those without lack the infrastructure grid to move straight to renewables.'

Angola was the summit's case study. As Wilson noted, it's one of the most oil-dependent countries globally - its oil earning 70% of government revenues and 90% of foreign exchange. But is it now under immense global pressure to slow or even halt oil and gas production?

Angolan Transport Minister Ricardo Viegas D'Abreu acknowledged this was one of the major challenges for Angola's economy. The country's heavy reliance on oil meant it would struggle to find other resources to tap to address its vast socio-economic needs.

It was put to Angolan President João Lourenço that Angola's oil production was declining at a time when the world was moving away from fossil fuel. When asked what his plan was to attract oil and gas investment and diversify the economy, he replied that Angola was working hard to attract investment in oil, particularly in 'non-associated gas' - i.e. natural gas.

D'Abreu noted that Angola had been producing 'associated gas' - an oil by-product - for some time. But his government had just assembled a consortium to develop standalone natural gas. Lourenço said that apart from these hydrocarbons investments, Angola was also working on the transition between polluting and environmentally friendly energies - which would take some time.

So these projects would have to go in parallel. For example the Italian energy company Eni was starting a natural gas scheme in Namibe Province, while Luanda had just signed a memorandum of understanding with a United States company for solar energy projects 'of considerable value.'

D'Abreu said Angola should be allowed, during the COP26 discussion, to transition gradually from oil via gas, given the level of financial need to boost infrastructure and the economy. 'Because we believe most of the countries on the continent face the same challenge, an enormous potential of natural gas, not being allowed to deploy to contribute to the needs of this financial transition.'

He called for an Africa-wide agenda to pursue the quest for tolerance of a gradual transition. Support for a 'balanced' approach was widely echoed. Mike Anderson, Senior Vice President of Kosmos Energy, said the huge floating liquefied natural gas plant that Kosmos and BP were developing off Mauritania and Senegal was critical for the energy transitions of both countries.

Both had clear agendas about creating natural gas economies and then connecting them to renewable futures. Senegal, for example, was now running at about 23% renewables and aimed to reach 30% by 2025. Gas was significantly cleaner than coal, heavy fuel, and cooking oils, Anderson said.

Many others have also punted gas as a natural transition to green hydrogen, a clean energy source that the European Union in particular is pushing hard. Anderson said Senegal's energy minister recently told the UN that stifling gas production before countries like his had a reliable energy supply would have disastrous socio-economic impacts.

If Africa can learn from past mistakes and use its gas assets right, they could kickstart development

However, it is telling that Angola, with its vast energy reserves, has installed power generation capacity of just 5 000 MW for its 35 million population. That's equivalent to Croatia with only five million people, as Wilson said.

Dhesigen Naidoo, a climate change expert at the Institute for Security Studies, notes that while there is a consensus that coal is almost on its way out, and oil will go next, gas is being more broadly touted as a transition to the renewable future. This is partly because renewable technology is not ready to carry the major energy burden and needs about another decade of development.

He is nonetheless sceptical of the oil industry. Naidoo suggests it is strategically punting a transition to renewables only to give it enough time to gain control of that industry in which it is already investing heavily.

He also questions the claims of African oil- and gas-producing countries that they need time to develop these reserves for the benefit of their people. 'We have to learn from the history of the continent that we haven't got the modals right about how to convert these assets into a net gain locally.'

Nonetheless, if Africa can learn from past mistakes and these assets are used right, they could kickstart development. And if they are denied this opportunity for climate reasons, then the rich countries need to compensate them for the US$100 billion a year they've promised to help developing countries mitigate and adapt to climate change. 'Africa is a net dis-beneficiary of climate change,' Naidoo noted.

That US$100 billion has proved in reality to be more like US$80 billion. So in a sense, it will be up to the developed world to decide how much of a future African gas still has.