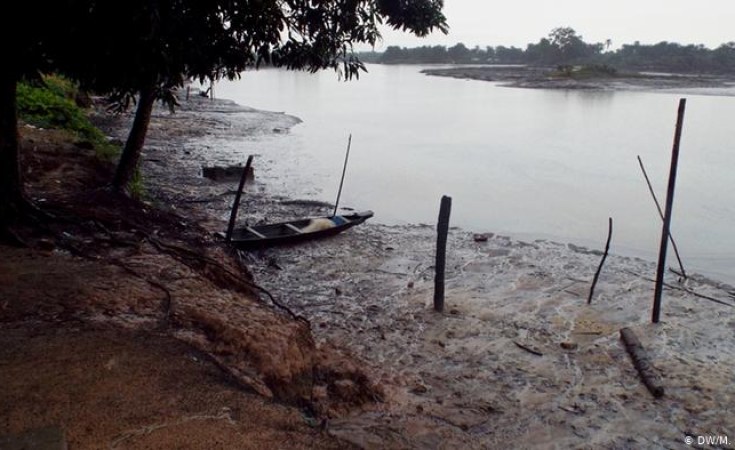 Several Nigerians believed Mr Saro-wiwa and others were framed up for the murder because of their very impactful non-violent campaign against oil-extraction and the continuous degradation of the Ogoni land by the government-backed multi-national oil companies.

Accused of being responsible for the murder of four Ogoni chiefs at a pro-government meeting, Mr Saro-Wiwa and the others were sentenced to death by hanging by a special military tribunal.

Several Nigerians believed Mr Saro-wiwa and the others were framed up for the murder because of their very impactful non-violent campaign against oil-extraction and the continuous degradation of the Ogoni land by the government-backed multi-national oil companies, especially the Royal Dutch Shell.

Mr Buhari on Friday spoke about Mr Saro-Wiwa's execution, the need for "clemency and national integration as part of this administration's bid to lay the foundation for genuine reconciliation and bring closure to the issues of Ogoni land".

The president stated this when he received some leaders and people of Ogoni at the Presidential villa, Abuja.

"The unfortunate incidents of the early 1990s leading to the loss of lives of distinguished sons of Ogoni land and the collateral judicial processes are indelible in our memories.

"In spite of the grievous circumstances, the federal government will consider the request for the grant of pardon to finally close the Ogoni saga," President Buhari said to the Ogoni leaders.

He asked the Ogoni leaders to educate the people in the communities on the need for them to protect oil pipelines and other oil installations.

"When pipelines are broken, the damage is more to the immediate environment and the people.

"The majority of farmers and fishermen struggle because the fishes now move to the deep sea," the president said.

"To ensure the stimulation of economic activities in Ogoni Land as underpinned by the vast petroleum resources underlying Ogoni Land and neighbouring communities, NPDC, a subsidiary of the NNPC has been granted licence to operate OML11.

"Accordingly, NNPC is hereby directed to engage all host communities, particularly Ogoni people to ensure inclusive processes of oil and gas exploration and production is anchored on optimum involvement of host communities.

"NPDC will lay a broad-based programme for the emergence of a new Ogoni Land for the benefit of the Ogoni people and Nigeria as a whole," Mr Buhari added.

The president said the federal government was committed to the cleanup of Ogoni land and other parts of the Niger Delta, an exercise which appears to be rather too slow since Mr Buhari's administration flagged it off five years ago, in June 2016.

The President of the Supreme Council of Ogoni Traditional Rulers, Godwin Giniwa, thanked Mr Buhari for the various interventions of the federal government in Ogoni land, particularly on clean-up exercise.

Mr Giniwa said the Ogoni people believe in the unity of Nigeria, and that the future of every ethnic nationality in the country could only be guaranteed in one nation.

A renowned environmental activist, Nnimmo Bassey, said the killing of Mr Saro-Wiwa and other Ogoni leaders could only be resolved after the federal government exonerates them (Saro-Wiwa and others) and apologises for their execution.

"His (Saro-Wiwa) death remains a matter that is yet to be resolved because the state necessarily has to exonerate him of the false charges and the kind of kangaroo judgment that was given by that tribunal," Mr Bassey told PREMIUM TIMES in November, 2018.

"Besides, the state has to apologise to the victims and to the Ogoni people for executing them when the appeal period had not even elapsed," he added.

Mr Bassey said November 10 has always been a day for sober reflection for him.

"The day he was executed in 1995, I was at that time, the secretary-general of the Association of Nigerian Authors (ANA).

"We were having our annual conference at the University of Lagos, and we were debating whether to issue a statement pleading with Abacha to have mercy and cancel the death sentence or to issue a hard-line statement condemning the atrocities of his dictatorship. Why that debate was going on, we got the news that they had been executed.

"So, it is always a very sad day for me.