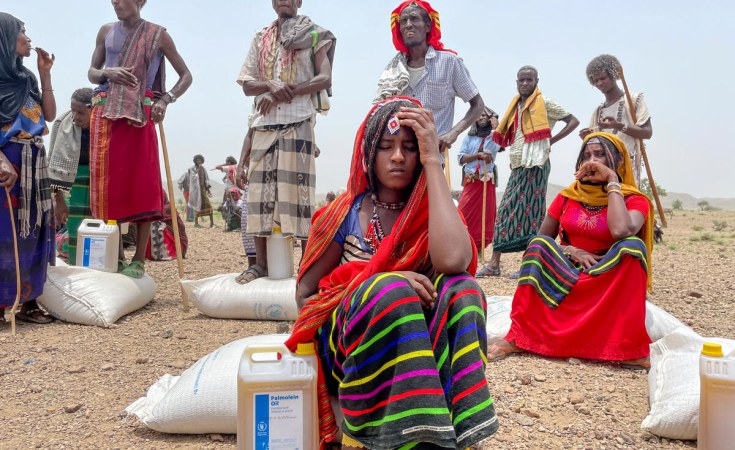 A UN humanitarian aid flight destined for the capital of the Tigray region in northern Ethiopia, was forced to return to Addis Ababa due to airstrikes on Friday, raising "serious concerns" for the safety of staff working on the ground, said the UN's Emergency Relief Coordinator, in a statement.

The airstrikes in Tigray's capital Mekelle, Tigray region, threatened the safety of UN staff who are simply there "working to help civilians in humanitarian need", said relief chief Martin Griffiths, who heads up the humanitarian affairs office, OCHA.

"The UN had not received any prior warning of the attacks on Mekelle and had received the necessary clearances for the flight", he emphasized.

After heavy fighting erupted last November between Government troops and those loyal to the Tigray People's Liberation Front (TPLF), some 5.2 million people remain in need of assistance across the Ethiopian regions of Tigray, Amhara and Afar.

Amidst allegations of widespread human rights abuses on all sides, thousands are feared killed and more than two million have been forced to flee their homes.

Over the past few months, killings, lootings and the destruction of health centres and farms, including irrigation systems that are vital to production, have triggered an even larger surge in humanitarian need.

"UN and non-Governmental organizations are making every effort to continue delivering assistance to millions of people in desperate need in Tigray, Amhara and Afar", said Mr. Griffiths.

Meanwhile, as air strikes on Mekelle continue and humanitarian assistance into Tigray remains insufficient, Mr. Griffiths reiterated the UN's grave concern for the safety and welfare of civilians.

"I am also increasingly alarmed about the impact of fighting in Amhara and Afar regions and the worsening toll on civilians", he said.

He underscored that "all precautions must be taken" to protect civilians and civilian infrastructure.

"Under international humanitarian law, all parties to the conflict must take constant care to spare civilians and civilian objects from harm, including humanitarian personnel and assets", the Emergency Relief Coordinator spelled out.