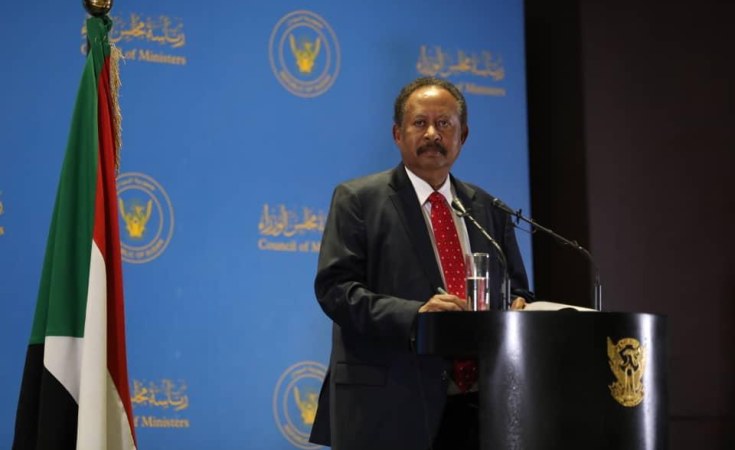 The reported move against Hamdok came shortly after Sudan's military arrested several civilian officials including cabinet ministers, the prime minister's media adviser and a member of the country's ruling sovereign council. Those detained are: Ibrahim al-Sheikh, minister of industry; Hamza Baloul, minister of information; Mohammed al-Fiky Suliman, member of the sovereign council; and Faisal Mohammed Saleh, media adviser to the prime minister. Ayman Khalid, governor of the state containing Khartoum, was also arrested, according to the official Facebook page of his office.

The Sudanese Professional's Association, the country's main pro-democratic political group, says the military's moves are an apparent military coup. The association has called on the public to take to the streets in protest.

Reuters witnesses said internet services appeared to be down in the capital, Khartoum, and Al Jazeera is reporting that roads and bridges have been closed by the military.

Kenya's The Nation reports that a week of protests in Khartoum occurred in the run-up to the latest events. The country is prepating for an internal change of guard at the Transitional Sovereign Council from the military head to a civilian.

Sudan has been on edge since a failed coup plot last month unleashed recriminations between military and civilian groups meant to be sharing power following the toppling of the country's long time leader Omar al-Bashir. Al-Bashir was toppled after months of street protests in 2019, and a political transition agreed after his removal was meant to lead to elections by the end of 2023.